The Convener of Concerned Nigerians, Deji Adeyanju has called on the International Criminal Court (ICC) to arrest and prosecute immediate-past Chief of Army Staff, Lt.-Gen. Tukur Buratai for “crimes against humanity and the Nigerian people”.

Adeyanju, who is a human rights activist, made the call in a petition dated January 28, 2021, and addressed to Mrs Fatou Bensouda, the Chief Prosecutor, Office of the Prosecutor, International Criminal Court at The Hague in The Netherlands.

He alleged that in 2015, Buratai gave the order that resulted in the killing of no fewer than 300 defenceless Nigerian Shi’ites in Zaria, Kaduna State on the “unjustifiable ground that they touched a general’s chest”.

He said that the incident has worsened insecurity in the country.

In the petition, Adeyanju further alleged that Buratai gave the order for soldiers to “kill hundreds of Nigerian citizens of Southern extraction” under the guise of searching for members of the Indigenous People of Biafra (IPOB) which had yet to be proscribed by the Federal Government at the time.

Furthermore, he alleged, quoting independent sources, that Buratai gave the order that resulted in the killing of innocent #EndSARS protesters at the Lekki Toll Gate in Lagos on October 20, 2020.

Adeyanju said that prosecuting Buratai would serve as a deterrent to other Nigerian Army personnel that routinely violate the human rights of citizens.

Read the petition below: 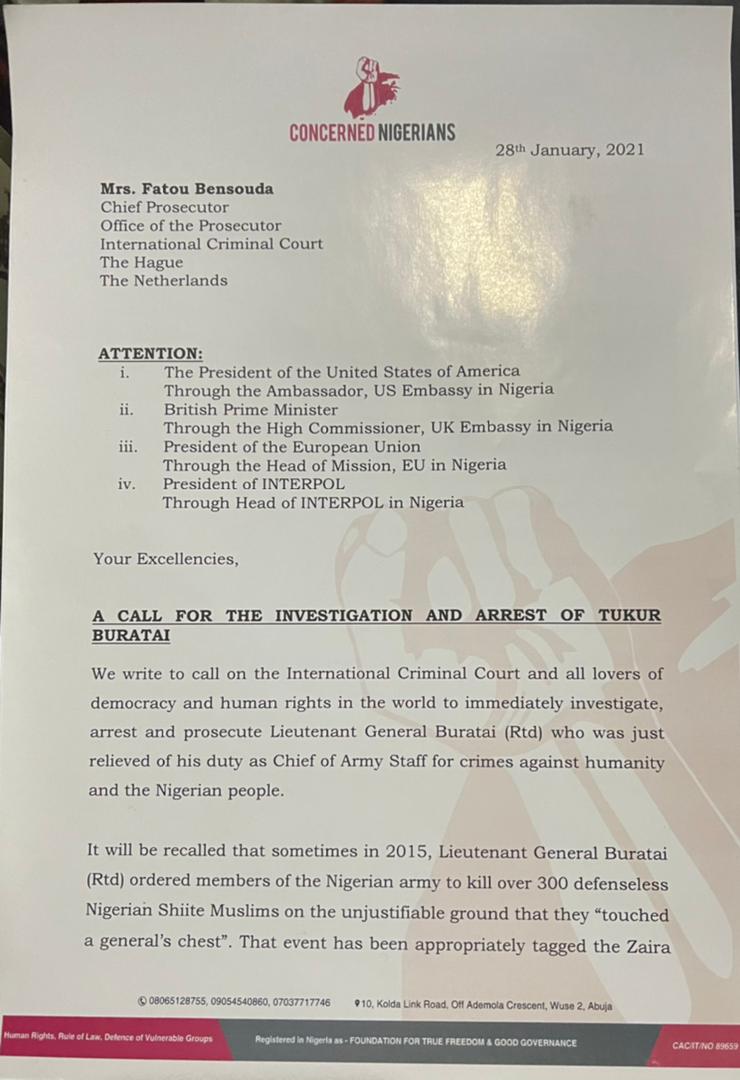 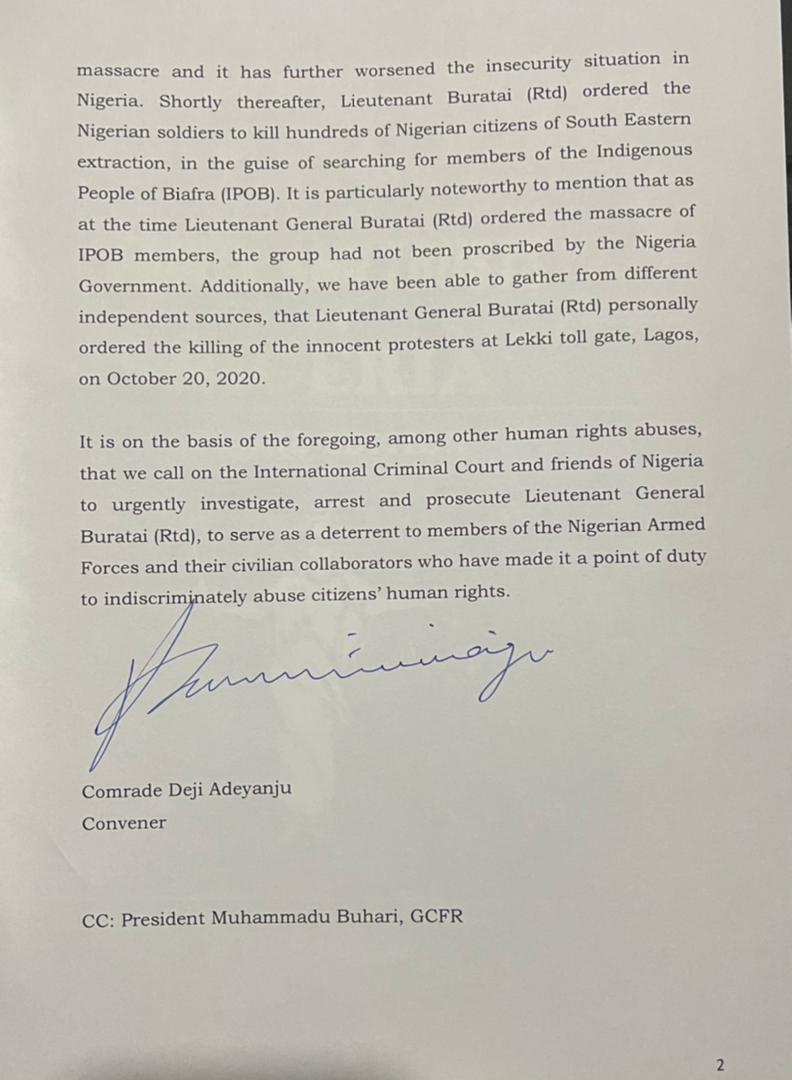