Africans concerned about losing access to Figma after Adobe acquisition

The acquisition of Figma by Adobe for $20 billion, which eliminates one of its greatest competitors in the field of digital design, is big news in the world of digital creative technology.

The WSJ and Bloomberg both reported that Adobe was close to announcing the acquisition of Figma. In the end, Adobe made the announcement official to coincide with its quarterly revenue.

Users are however concerned about what this means for them. They are concerned that Adobe’s acquisition of the free design tool would mean an introduction of a subscription based nightmare, outright unavailability in some regions, and a lot more difficulty in use, like most of Adobe’s products.

Many designers are meme-ing their way through the change and implying that this merger is the death of figma. 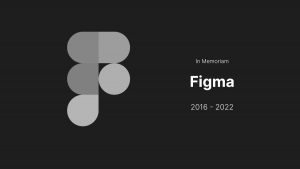 African designers are particularly skeptical of this acquisition since other Adobe products are unavailable in the region.

The CEO of Figma assures that despite the collaboration, figma will retain it’s identity. It is however still unclear just how much Adobe would like to change the platform and what this would mean for African designers, and even designers in general.

Eve Jobs takes a jab at the new iPhone 14 release