Rafeal Nadal cruised to the second round of the Australian Open with straight-set victories over Bolivia’s Hugo Dellien in Melbourne.

He will play either Federico Delbonis of Argentina or Portugal’s Joao Sousa next.

Nadal has reached the Australian Open final 5 times but had only won it once beating Federer in a classic five-game final back in the early days of his career.

Dellien broke his serve twice but he still had a comfortable victory over the Bolivian.

“For me personally it has been a very positive start,” the 33-year-old said.

“What you want is to win in the first round and, if you can do it in straight sets, even better.”

The Russian commenting on the match said;

“Many moments in the match, I felt like I had got the momentum and straight away he was coming back.

“For the first round, it’s a big win and I’m really happy.” 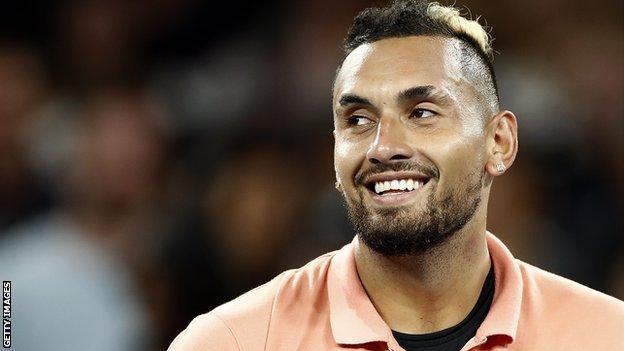 Homegrown talent Nick Krygios who had promised 200 AUD to the bushfire relief fund for every ace hit in the tournament entertained a parked Melbourne Arena with his 6-2 7-6 (7-3) 7-6 (7-1) over Italy’s Lorenzo Sonego.

Former top seed John McEnroe told Krygios after the match that he would donate $1000 for every set he won for the rest of the tournament towards the bushfire relief fund.

“It’s been a pretty emotional couple of months for all of us. I wanted to come out here and put on a good performance for all of us,” Kyrgios said.

Kyrgios slipped during his match but told McEnroe it was nothing serious, adding: “I move like a giraffe sometimes. I’m pretty dramatic sometimes – but you know all about that.”