The internet is going crazy after a 43-year-old man called it quits with his girlfriend for calling him ‘Bop Daddy’ during a romp.

Kaylah Oniwo, Cool FM Radio Personality who made the disclosure on Twitter said her friend lost her 3-year-old relationship after she screamed ‘Bop Daddy’ during a make-out session with her 43-year-old boyfriend.

“Omg my friend just called me & said her boyfriend of three years just broke up with her because when they were making out, he said, “What’s my name” and she replied “Bop Daddy”. He was so turned off and accused her of cheating? Was she wrong? 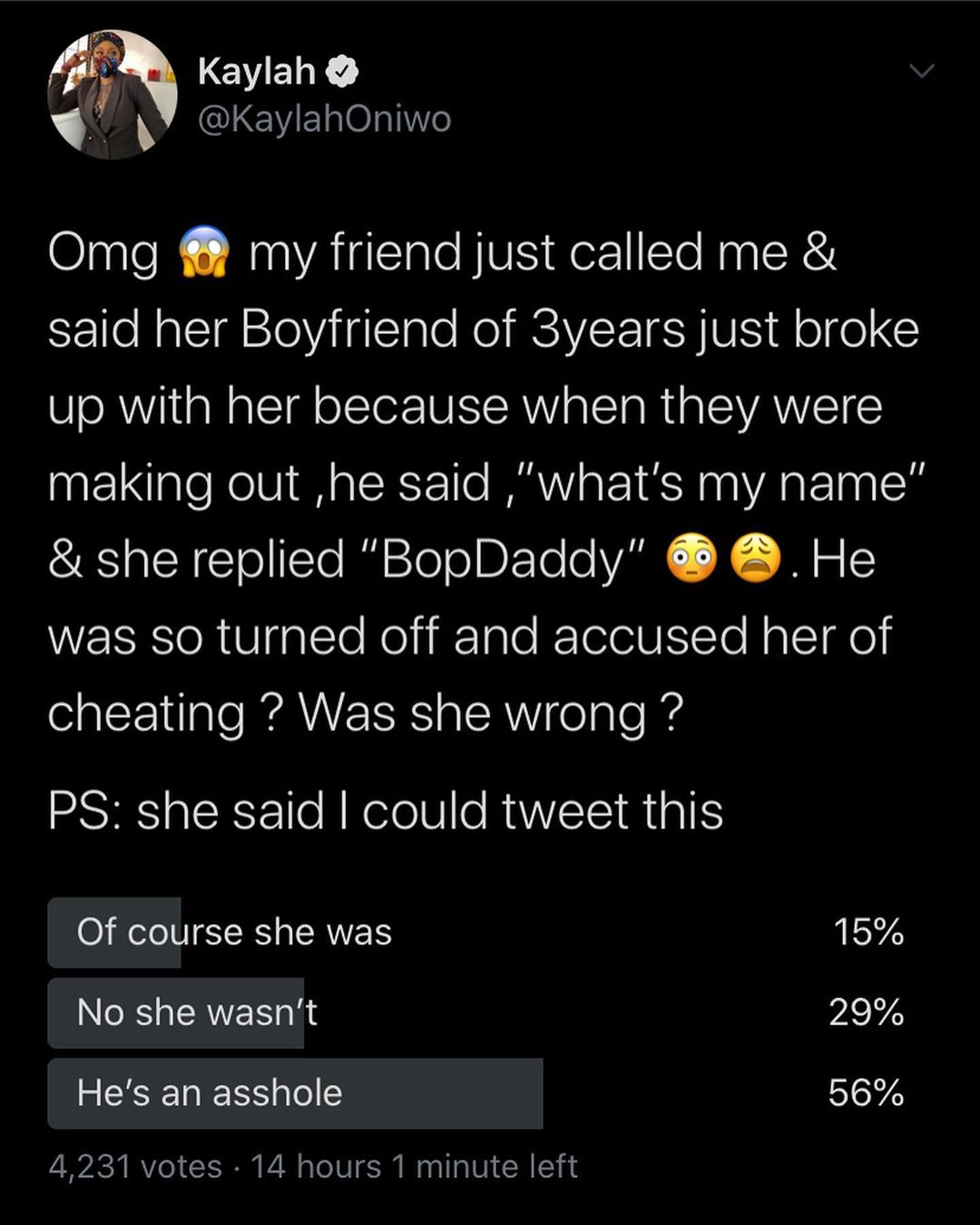 It will be recalled that two female Immigration officers were suspended in April after they participated in viral #BopDaddyChallenge in their official uniforms.

US Rapper, 6ix9ine Reveals He’s Surprised He Isn’t Dead Yet