Adele didn’t say a “Hello” to Bruno Mars when they first met to work on her song “All I Ask.”

The “24K Magic” star recently admitted that he wasn’t impressed with Adele from the moment they first met.

He said this on a radio show while talking about working with the grammy winner.

According to him, “She walks into the studio, she’s got all this attitude, she’s a diva, she’s like, ‘I don’t want to do this. I don’t like that,'” he recalled.

“And then as soon as we hit a couple chords that she liked, we started rolling, and that’s where we got that song from.” 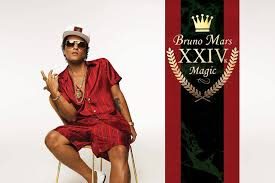 Mars later went on to confess that, “She’s incredible.”

“There was a moment when she was singing in the booth, and I’m not exaggerating at all and the water was vibrating…like you know that scene in Jurassic Park. She’s got some pipes on her, and she’s just a superstar.”

Mars had previously told Vogue that “All I Ask” was inspired by the power ballads of “divas from the ’90s, where the artist is really showing off their vocal range.”

“At the time,” he said, “everyone crowded around the piano until we found something that sparked. It took just one day to record Adele’s vocals, and maybe one more day to make sure we weren’t tripping out and we actually had a song. It makes me very jealous because it doesn’t happen like that all the time!” 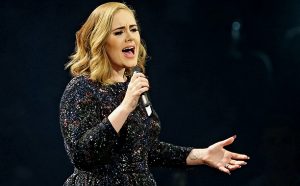 Adele also told i-D in 2015 that she’d had a good time working with Mars and his production team.

“We [were] gonna make something cool, but then we were just having too much fun. I’ve never sung so hard in [my] whole life,” she said.

“Can you imagine the fun me and Bruno had making that?”

Mars said he’d love to perform the tune live with Adele, despite having a bad first impression.