Security forces stationed at the Atlantic archipelago of Cape Verde have successfully confiscated almost 10 tons of cocaine. The substance is said to have been loaded in a vessel heading towards Europe. Following the discovery, eleven sailors of Russian descent who were found aboard the ship were instantly arrested.

Police in the region stated that the ten tons discovered have been the biggest hard drugs bust in the history of the country. Cape Verde is made up of a few islands, situated along the west coast of the African continent. The country is occupied by about 500,000 citizens and has had recurrent issues with drug traffickers, particularly those who smuggle Latin American cocaine into Europe. 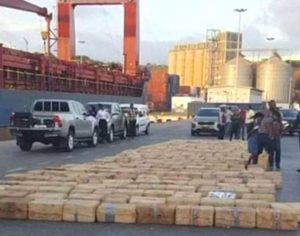 The Russian Embassy in the country has confirmed that the culprits have been charged to court. It also revealed that some diplomats have gone to see the crew of the ship in custody

A police report also claims that they had received an Intel from Maritime Analysis and Operation Center, a Lisbon-based anti-drug trafficking body that was created by seven European Union countries.

However, the tons of cocaine were discovered when reports came in that one of the crew members had died, on the second night after the vessel docked in the port.

The ship, which was registered in Panama, is said to have traveled from South America to Morocco, according to Police findings.

Crash: CAN felicitates with Osinbajo

Bawa: $20m worth of cryptocurrencies recovered, 1,436 cybercriminals arrested in 6…