Basketmouth had earlier posted the photo of a very expensive Rolex watch and said he would only buy such a watch if it would tell him when Jesus would return amongst other things. 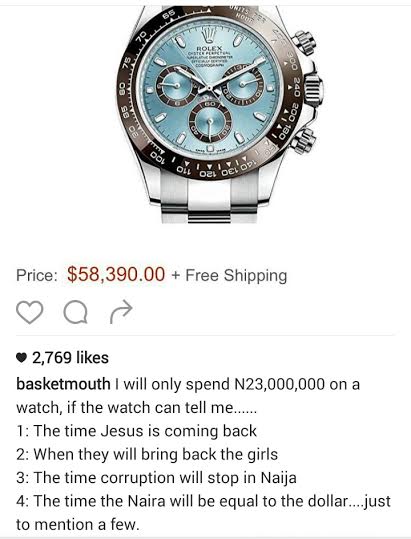 Freeze, who happens to be a watch enthusiast, might not have found the post to his liking as his own post in which he’s wearing a watch that looks eerily similar to the one in Basketmouth’s post featured a caption that seemed like he was sniping at Basketmouth. 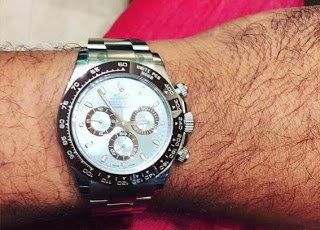