Popular crossdresser, Idris Okuneye aka Bobrisky has been asked to apologise and pay N1 billion in damages to Ismaila Mustapha aka Mompha or risk a defamation suit.

Mompha took to Instagram on Thursday to make the demands in a pre-litigation letter to Bobrisky.

He shared a screenshot of the court documents in his post.

Mompha’s suit followed claims by Oye Kyme, an ex-employee of Bobrisky that the two popular Instagram personalities were romantically linked.

“I have today through my Solicitors served on the person of Idris Okuneye aka ‘Bobrisky’ a letter of demand for a retraction, apology and compensation of one billion naira for the libelous and defamatory publications made and or concerning my person.

“All the allegations made by Bobrisky in the said publications are false and calculated attempts to cast aspersions on my integrity,” Mompha wrote.

Screenshot of the court documents as shared by Mompha: 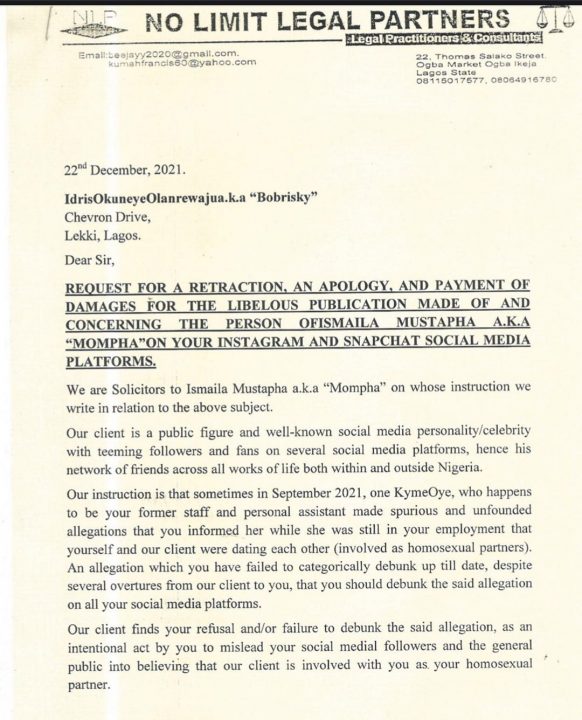 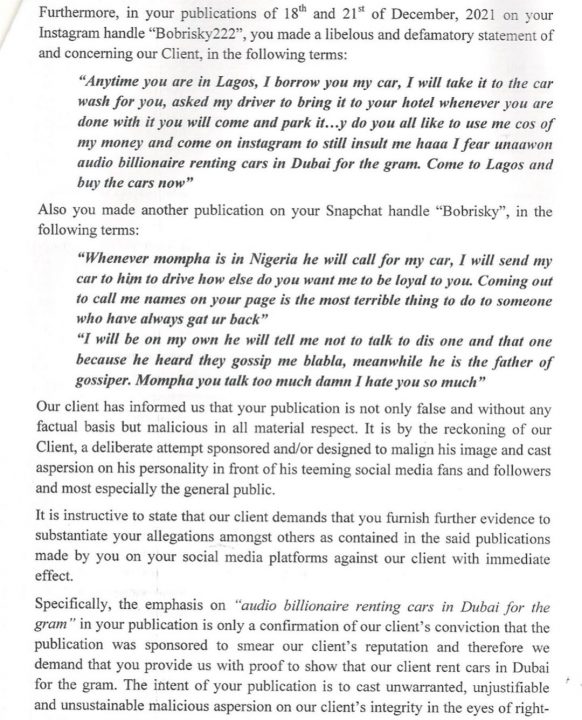 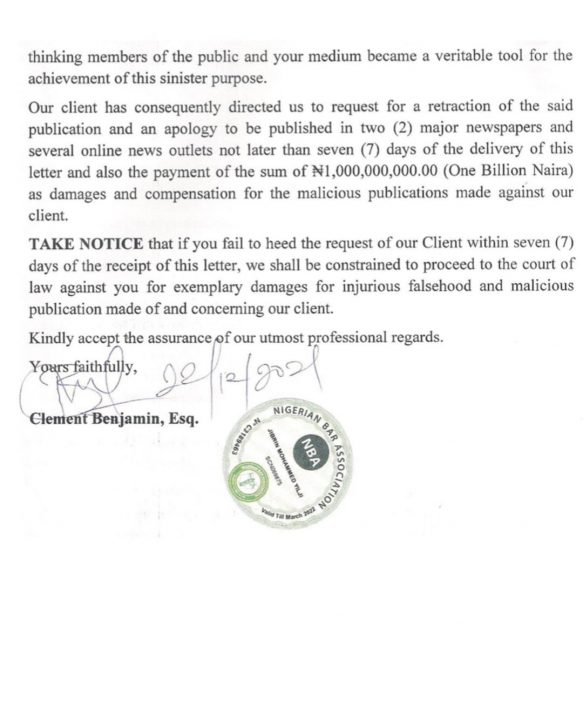 Mompha had, a few days ago, called out Bobrisky to stop using his name to “chase clout” in the course of a verbal altercation between the crossdresser and an ex-bestie, Tonto Dikeh.