A Facebook user has got more than what she bargained for after offering to have sex with any man going through depression.

The lady whose name on the platform is Enderlin Chinenyenwa posted the offer via her page, stating that sex starvation is one good reason men become depressed, hence she was willing to offer herself for sex with any man who was battling with depression as a form of cure.

Enderlin further assured that she would ensure that her private parts get to such persons, no matter the distance between them, and in the end, she provided her WhatsApp number.

Alas, some Facebook users swiftly began to call and chat her up. Within some minutes, she already had over 200 chats while many others continued to bug her with calls.

At some point, her account got banned by Facebook as the sudden influx of messages began to raise suspicion.

After becoming overwhelmed by the situation, Enderlin then went ahead to share screenshots of her WhatsApp chats and calls log. 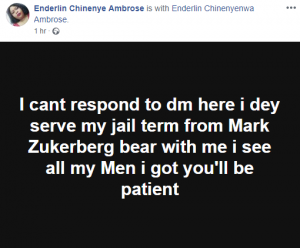 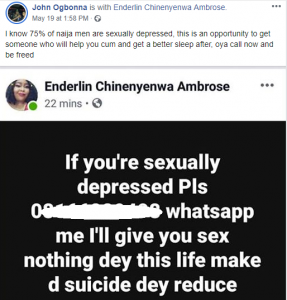 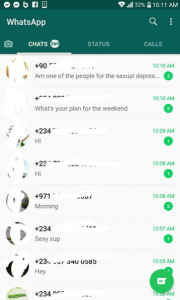 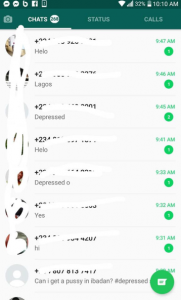 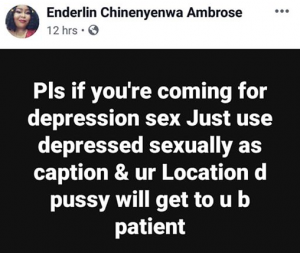 Also, read: To become a commissioner, you must adopt an animal – Plateau governor, Lalong tells associates

How we arrested killer of Nasarawa APC chairman – Governor Sule