The Minister of Communications and Digital Economy, Dr Isa Pantami, on Sunday said the ICT sector had saved N5,478,007,325.23 for the Federal Government through its IT projects clearing programmes in the past two years.

Pantami said this at the Digital Nigeria Day 2021 virtual news conference held to celebrate the day in Abuja.

October 24 had been adopted in Nigeria as Digital Nigeria Day to promote the development of the Digital Economy and the day is also recognised by UN as the World Development Information Day. 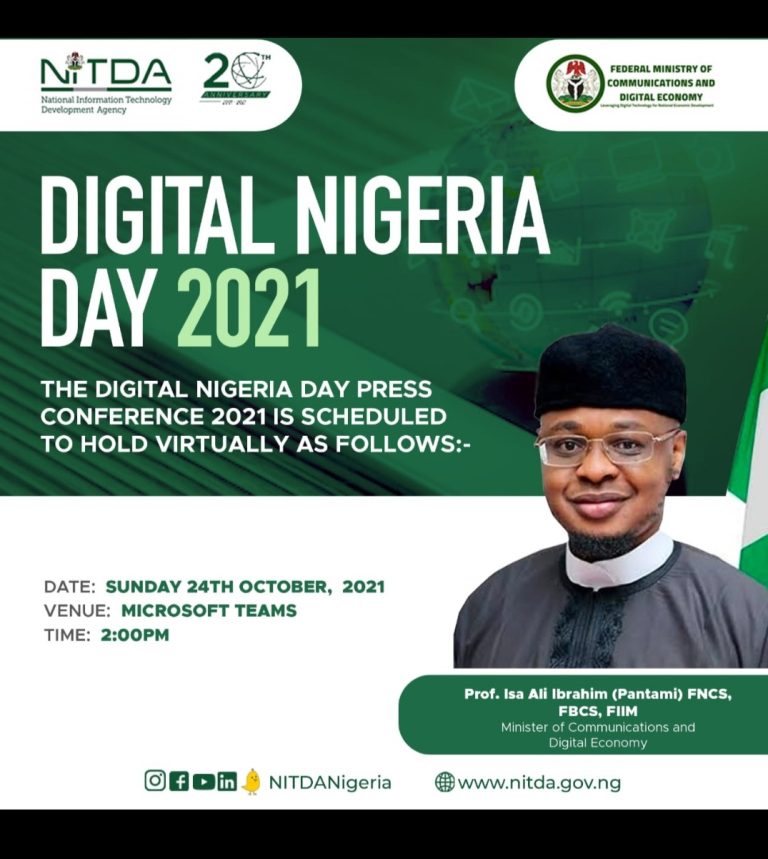 Pantami, represented by Mr Bitrus Nabasu, said that the ICT sector played a huge role in lifting the nation out of recession in 2020.

He added that the sector was the only sector with double digit growth rate among growing sectors in the country in the first quarter of 2020 as recorded by the National Bureau of Statistics.

“That growth was 14.07 per cent. This growth rate was the only double digit growth rate that exceeded the aggregate growth rate of all the seven fastest growing sectors.

“The ministry and its parastatals have generated over N1 trillion for the federal government in less than two years.

“This translates to an average of N44 billion monthly or over N1.4 billion.

“N1.05 trillion revenues was generated by the ministry and its parastatals; furthermore, the ministry has saved for the FG through the IT projects clearing programmes the sum of N5,478,007,325.23,’’ he said.

He also said that over N600 million was paid as tax by ICT companies to the account of the FG through the Federal Inland Revenue Service.

According to him, over the last two years, a significant number of national policies have been developed to create an enabling environment for the sustainable growth of the communications and digital economy sector.

Pantami said that the policies had led to the resolution of challenges that lingered for close to a decade.

“Seventeen of these national policies have been developed and some others are being implemented.’’

Some of the policies he mentioned were the National Digital Economy Policy and Strategy (NDEPS) 2020-2030, Roadmap for the Implementation of NDEPS, and Nigeria National Broadband Plan 2020-2025.

The minister also said that there were more than 1,667 projects and centres established in the sector, while additional 455 were ongoing.

He stated that 219,196 citizens had benefited from diverse digital skills trainings organised by the ministry.

“Such trainings include 200 women for ICT training and empowerment, 102 training of persons with disabilities, 296 persons trained on the Nigerian Data Protection Regulation, training of 21 Nigerian Army Personnel on cyber security.

“Capacity building programme for 1,120 artisans, 212,000 people registered on digital academy and online academies of the ministry, among others,’’ he said.

He also said that there have been over 61 million National Identity Number enrolment and still counting. (NAN)