The inaugural edition of the ATP Cup came to an exhilarating end as Serbia’s Novak Djokovic defeated Spain’s Rafael Nadal to inspire his country to the title.

Djokovic’s singles event defeat of Nadal propelled Serbia to a 2-1 victory over Spain.

He then partnered with Viktor Troicki in the doubles event to beat the duo of Pablo Carreno Busta and Feliciano Lopez 6-3 6-4.

“I will remember this experience for the rest of my life,” Djokovic said.

“It’s definitely one of the nicest moments of my career.”

After falling behind by 3-1, Djokovic and Troicki won five straight games to take the first set.

They continued with their momentum in the second set breaking early and the second-seeded served out the match in his first attempt.

The Australian Open champion won all six singles and two doubles he played in the week-long competition.

“It was a huge team effort,” Djokovic said.

“I’ve been very fortunate and blessed to have an amazing career but playing for your country, with some of my best friends, you can’t match that.” 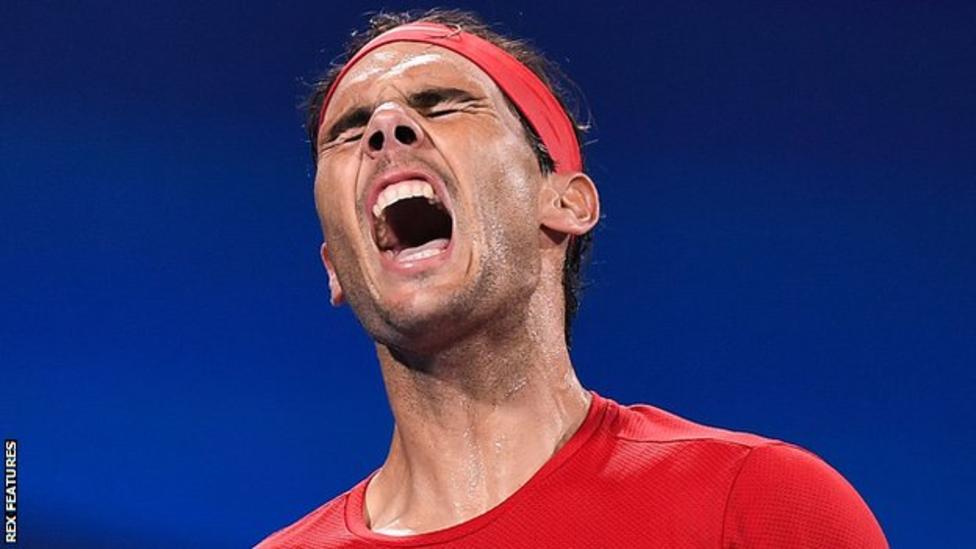 Nadal has lost his past nine hard court matches against the Serbian who breezed past the him in the first set.

The crowd was largely pro-Serbian which made the atmosphere a tad frustrating for the Spaniard. At one point he responded with a sarcastic thumbs up (probably resisting the temptation of a middle finger).

Nadal fought back in the second set saving two break points with the backhand but Djokovic took control of the tie break closing out victory as Nadal sent a forehand into the net.

“The respect for both players should be there,” Nadal said of the crowd afterwards.

Nadal won the Davis Cup with Spain six weeks ago, which is a similar format to the ATP Cup, and just as demanding. He believes the two events are too close together.

“I think that [scheduling] is a confusion for the spectators, and we need to be clear in our sport,” he added.

Barcelona’s Luis Suarez out for four months with knee injury

ATP to donate £383,000 to bushfire relief in Australia