Barely 72 hours after the Inspector General of Police, Solomon Arase, cautioned the rank and file from carrying the handbags of V.I.P madams or doing any menial jobs for the elites they are attached to, a disturbing scene has played out concerning the men of the Department of State Security Services (DSS) if we can still call it that. Directorate of Shoe Shiners sounds more fetching. Or if you’re one of those persons who don’t know how many S’s are in DSSS, maybe we call it Directorate of Shoe Shiners on Suit.

Saturday, Premium Times published a video submitted by one of their readers which showed a member of the DSS in full uniform (men in black style), carrying a fully loaded automatic weapon, squatting before His Higness, the Honourable Minister of Interior, Rtd Lt. General Abdulrahman Dambazau and shining his shoes in a manner of great servitude.

Lai Mohammed or some other high profile member of the cabinet will soon tell us it is Jonathan’s fault. Imagine the press statement going like this: Due to the Dasukigate, and the fault of Goodluck Jonathan, there is paucity of funds to pay Secret Service agents, so we have had to have some of them double as shoe shiners for V.I.P’s. During the Federal Executive Council meetings and any chance these agents get they squat and get to shining. The squats is really good for their agility in the field and the shoe shining helps to pay for their 3 square meals daily. Normally they would eat one meal, but fighting corruption burns a lot of calories.

In this theatre of the absurd called Nigeria, nothing is shocking any more. Budget develops long legs, nobody blinks, just the usual social media warriors not placated by rice making noise louder than their stomach grumbling up and down. There is no decorum and the divide between the rich and the poor continues to widen. Can you imagine James Bond shining Moneypenny’s shoes. Let’s leave awon ti yankee, even Inspector Ibu wouldn’t stoop so low. 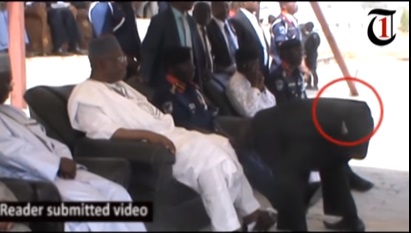 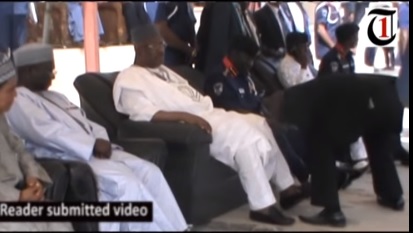 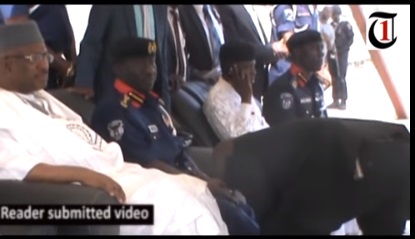