Bring Back our Girls campaigner, and former Federal Minister of Education, Mrs. Oby Ezekwesili has described President Muhammad Buhari as callous and lacking leadership ability for keeping mute over the death of 26 Nigerian girls.

The girls were reportedly abused and murdered on the Mediterranean Sea as they tried to migrate to Europe for greener pastures due to the economic hardship in Nigeria.

The Guardian reports. Two men have been arrested and charged in Italy as investigators look into the deaths of 26 Nigerian women and girls, who are suspected to have been murdered while attempting to cross the Mediterranean.

The bodies of the women were brought to the southern Italian port of Salerno by the Spanish ship Cantabria on Sunday, and prosecutors opened an investigation over suspicions that the women, some as young as 14, may have been abused and killed.

The bodies were recovered by Cantabria, which works as part of the EU’s Sophia anti-trafficking operation, from two separate shipwrecks – 23 from one and three from the other. Fifty-three people are believed to be missing. 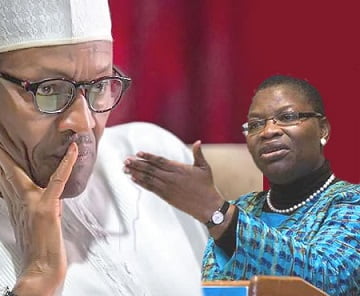 Ezekwesili, on her Twitter, called out the president for his lack of leadership or compassion as regards the issue.

@MBuhari Shocking that you personally have not acknowledged that 26 of the Citizens that you are their President drowned in the Mediterranean Sea and the whole world is talking about it. This is NOT LEADERSHIP, Sir. #EveryCitizensLifeMatters.

[email protected] It is CALLOUS for any Leadership to NEVER feel the pains that tragedies bring the way of a people. Can your FG @AsoRock signal to the Nigerian Public that #NigerianCitizensLivesMatter? Can YOU?

I recall our public outrage when during the previous administration, then President rather than acknowledge deaths in a bomb blast tragedy was busy at a Campaign Ground. This FG of Pres @MBuhari NOW REPEATS SAME with our 26 girls that drowned in Mediterranean Sea. What Changed??