Liverpool manager, Jurgen Klopp yesterday won the award for FIFA the Best Manager of the year 2019.

The Liverpool manager leads his team to a historic sixth Champions league title beating Pochettino’s Tottenham Hotspur 2-0 in the final.

Klopp said at the ceremony at Milan’s Teatro alla Scala: “Mauricio – we won that game, that’s why I’m here, not you. 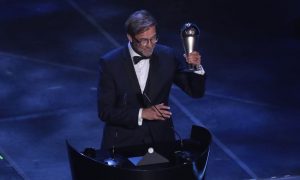 “I have to say thank you to my outstanding club Liverpool FC, to the owners, I have to say they gave me an incredible team, and I have to thank my team because as a coach you only can be as good as your team is.

“I’m really proud of being the manager of such an incredible bunch of players.” 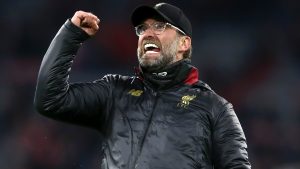 “I’m really proud and happy that I can announce that from today on I am a member of the Common Goal family,” he added.

Having then received a round of applause, Klopp commented: “A few people obviously know it – if not, Google it. It’s a great thing.”