In case you don’t know, Folorunsho Alakija, Nigerian Oil Mogul has a ministry of her own.

Yesterday Tuesday, September 15, the business tycoon was pictured anointing her church members during an ‘anointing service’ held at the Rose of Sharon Glorious Ministry International in Surulere, Lagos.

It was an auspicious moment as members present at the service came forward to receive the anointing from ‘mama’ who was seated while donning a flowing garment.

READ ALSO: ‘Tottenham is where Bale wants to be’- Agent confirms talks with Real Madrid

Mrs Alakija, who is regarded as one of the richest black women in the world, founded the interdenominational ministry in 2004.

It is interesting to know that Mrs Folorunsho also has a foundation called the Rose of Sharon Foundation. The vision of the charity Organisation is to help widows and orphans through scholarships and business grants.

She has also donated a Skills Acquisition Center to Yaba College of Technology, a higher educational institution located in Lagos.

Mrs Alakija also has a host of investments which includes having majority stake in DaySpring Property Development company. She is ranked by Forbes as the richest woman in Nigeria with an estimated net worth of $1 billion.

See pictures from the session below: 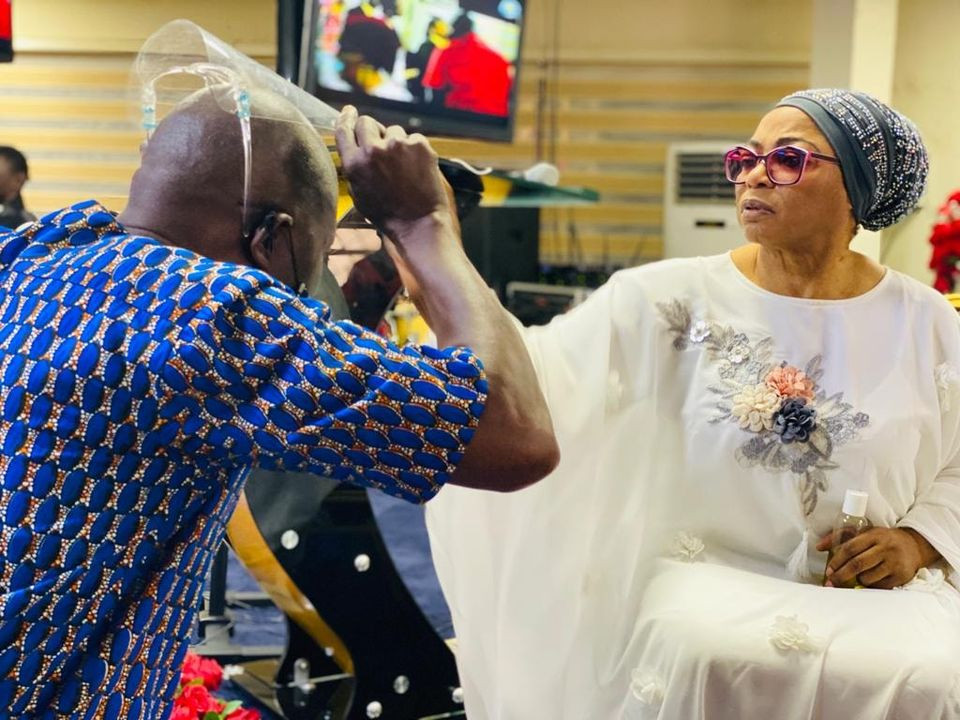 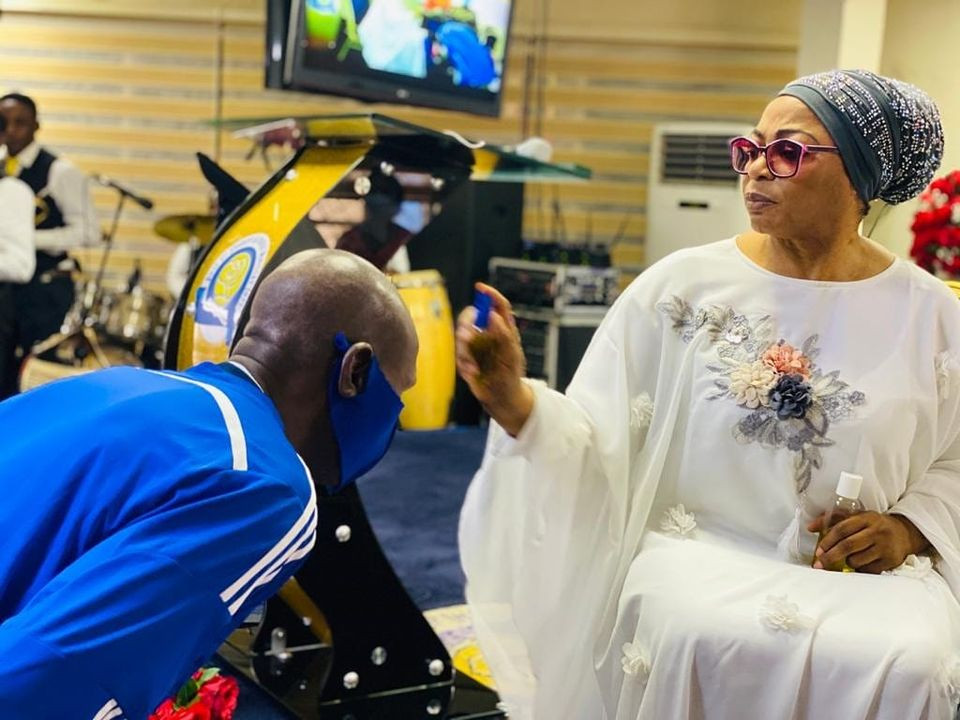 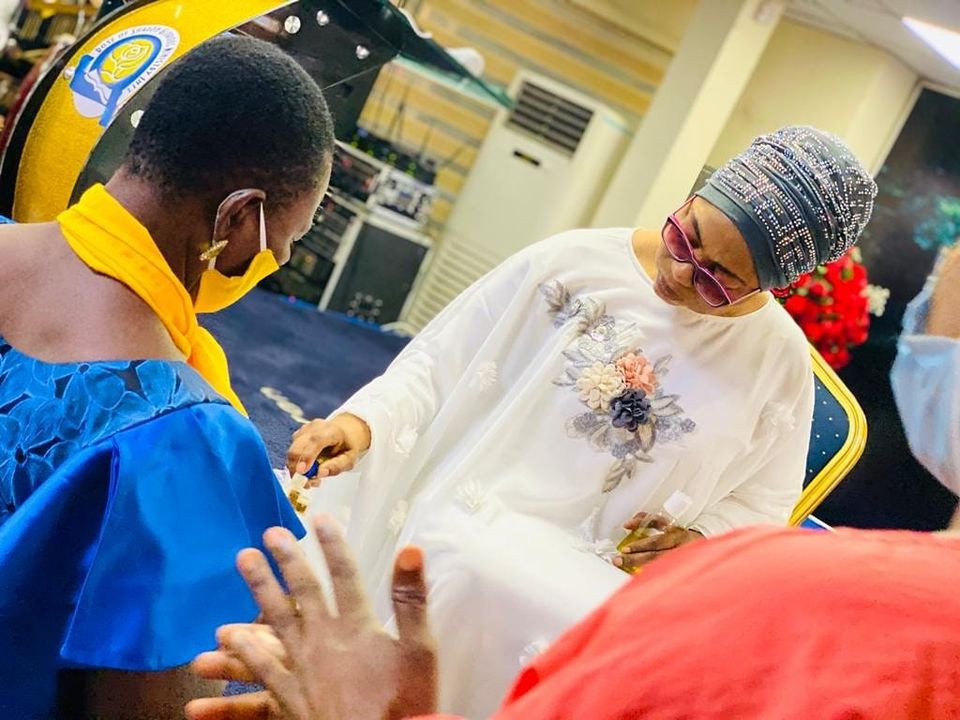 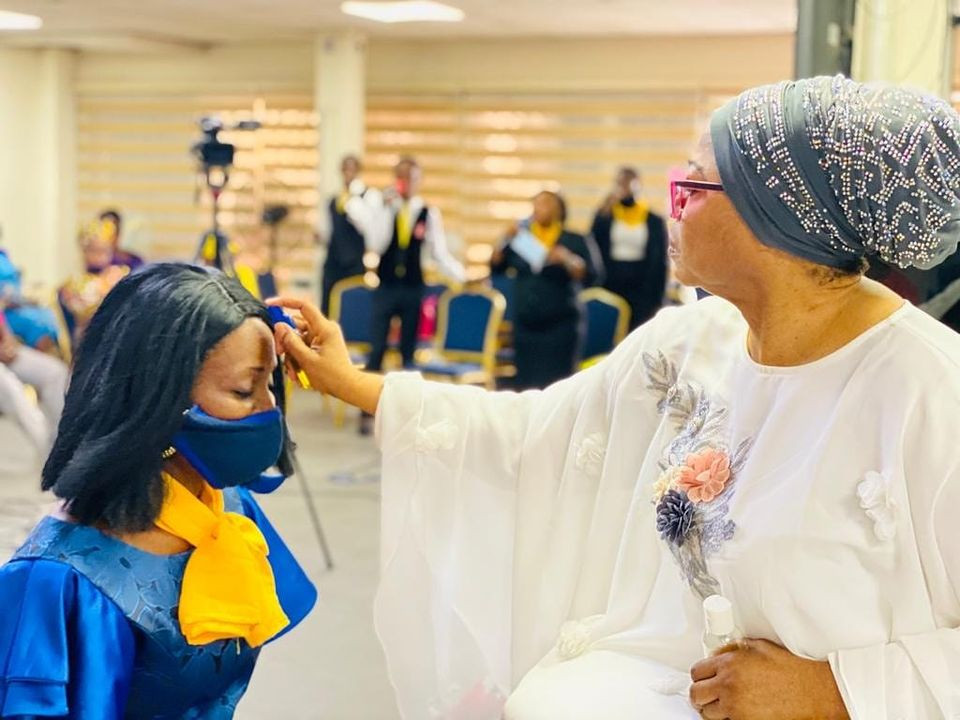 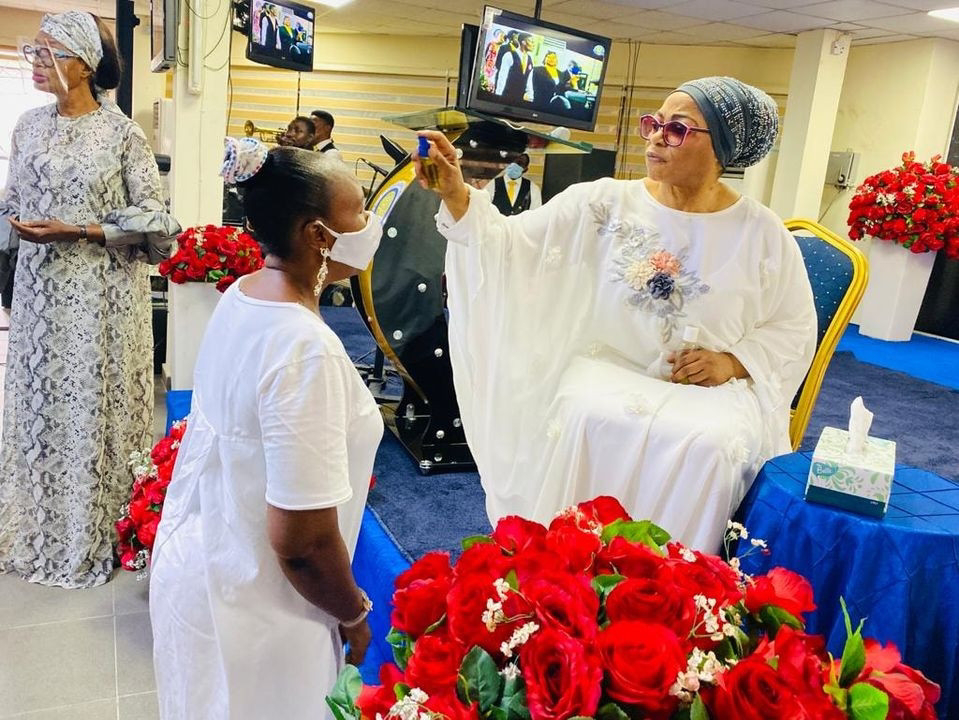