Forbes has published an article claiming that recent reports that Kanye West is worth nearly $7 billion are based on sales that don’t exist yet.

According to Forbes, the Yeezy brand is worth approximately $1.5 billion USD. West is expected to have earned $191 million USD in royalties last year on his decade-long production deal with adidas. As for the income from Yeezy, West earned $214 million USD in 2020 from the brand he wholly-owns. 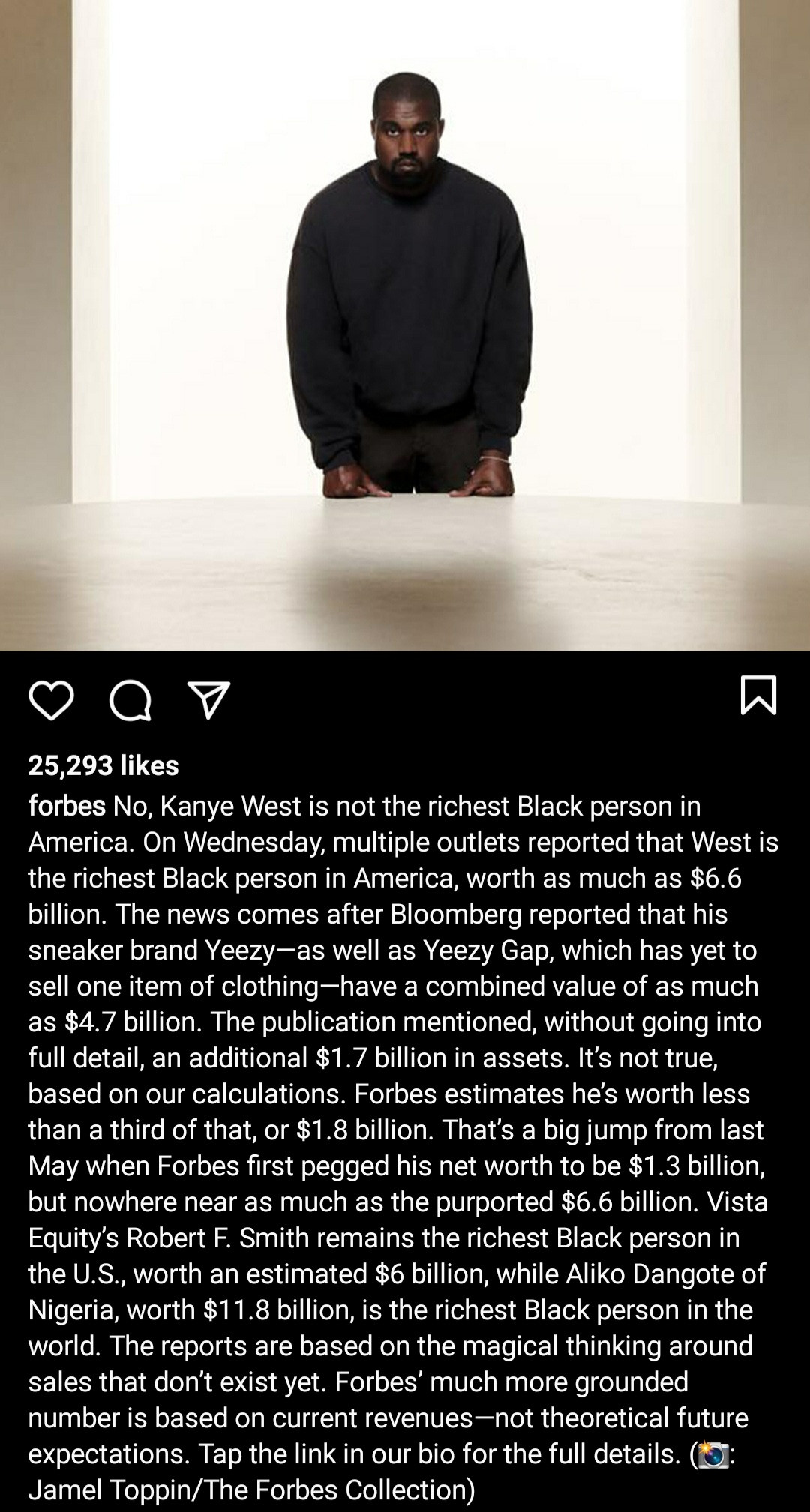 Security agencies do not work together as closely as expected – NSA

Public Memorial For DMX Set To Hold At Barclays Center

Drugs Possession: CDQ Rains Curses On Those Behind NDLEA Ordeal