Big brother reality star, Gifty Powers has called out Mr2kay on social media for wishing their child a happy birthday.

Mr2kay had earlier posted an adorable photo of their child, Alisha, as she clocked three and he accompanied it with sweet birthday wishes.

He wrote: “Shine bright my diamond , Happy birthday to my beautiful, lovely & adorable daughter Queen A. May God Blessings & Grace continue to be with you all the days of ur life Aman. #Alishais3”

Reacting to his post, Gifty accused Mr2kay of being an absentee father. The reality star said she wondered how someone would put her daughter’s picture on his page, claiming her as his.

Read also: While I was serving Nigeria in Borno, my wife move in with another man in Lagos – Retired Airman

She then proceeded to ask what the definition of a father was. 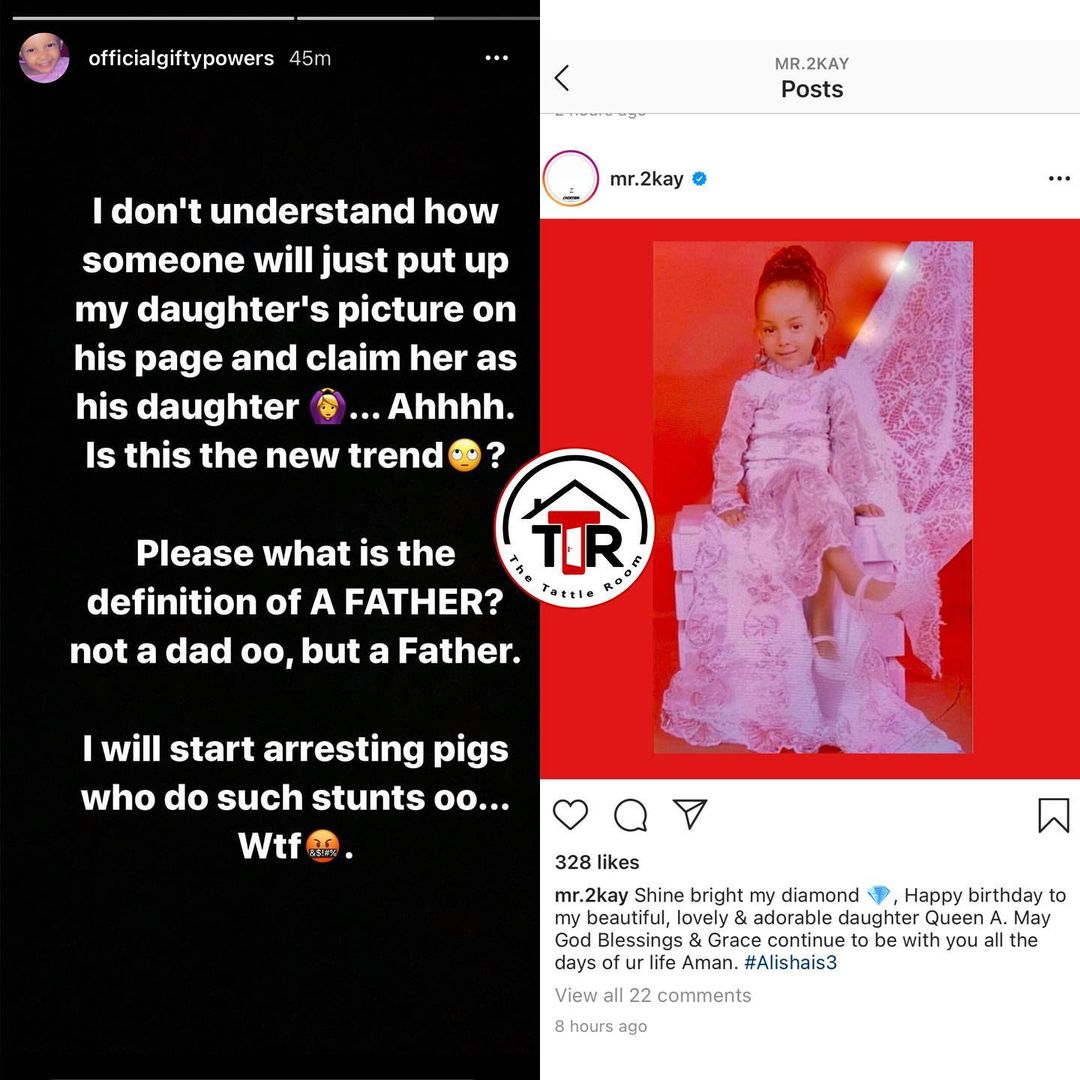 Meanwhile, President Muhammadu Buhari says he is “extremely worried” by insecurity in the country, hinting that some of the service chiefs could be relieved of their duties.

The president spoke in a Thursday interview with the Nigerian Television Authority (NTA) in the wake of the release of 344 kidnapped students of Government Science Secondary School (GSSS), Kankara, Katsina State.

He also hinted that some of the nation’s service chiefs could be replaced, as has been demanded by the National Assembly and the majority of Nigerians.