A social media user identified as Molemo Lehoko has taken to his social media page to characterize why girlfriends are always abusive creatures.

The social media user who created a threat dedicated to proving his point has since gone viral although he claims his actions has put him in a tough spot with his woman.

He took to his social media page to write:

When they’re home they are insomniacs, expecting you to chat to them the whole time. When they come over they sleep like babies. HOW SWAY?

Matter fact, they nag you to put on they’re favourite movie, then fall asleep 10mins into the movie ?

They come over, tell u the drama they go through with their girls, then fall asleep when u give em ur 2c.U outchea giving advice to a corpse

You go out for lunch. They order what they want. Trick YOU into order something THEY want. Now they got TWO of their fav meals in one date ?

Now U gotta give up ur jacket (WHICH U WILL NEVER GET BACK, BTW) and freeze your ass off like u didnt tell her to get a damn jacket before!

They invite you to a chillas with they’re friends then try make you befriend their girl’s bf. TF is this, a boyfriend play date??? ??

They never get drunk when they with the girls. But when you around, they are Litmus Prime! Now you here playing bodyguard from Beijin ??

Ur not her BF. Ur her personal heater for her cold ass hands & feet. TF yal do all day anyway, carry ice blocks and ice skate barefoot? ?

When you are wrong: “babe Im sorry gor what I did. It wont happen again”

I’ve just been called in for a relationship meeting coz of this thread guys ? Let me not tweet any further. Fuck around & get myself dumped?

Okay now she says she wants credits & royalties for this thread because it would have not been possible without her. I GIVE UP!! 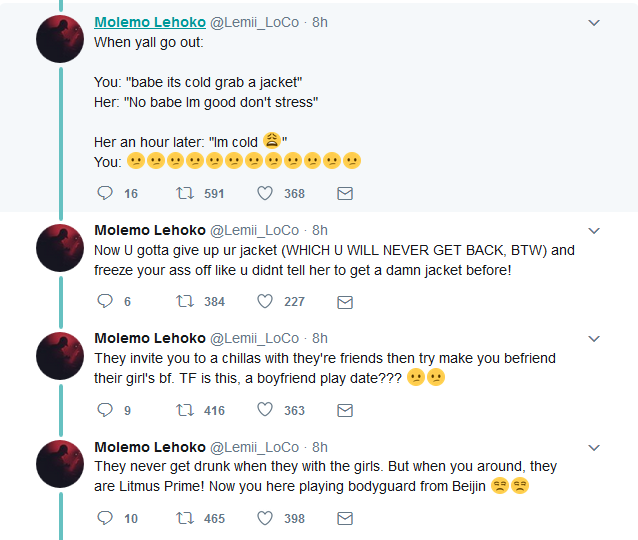 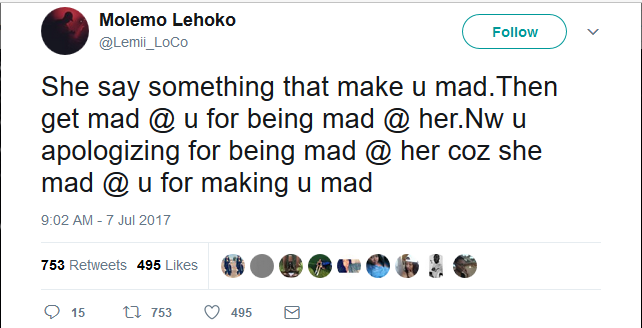 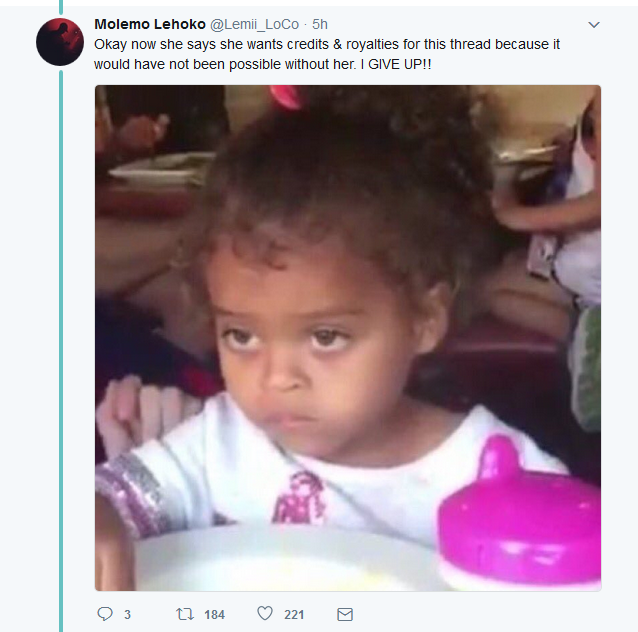