Ms Nunieh was billed to appear before an investigative hearing of the Senate into the affairs of the NDDC on Thursday morning.

Policemen however invaded the residence of the former NDDC official at 4am, preventing her from going to attend the hearing in Abuja. 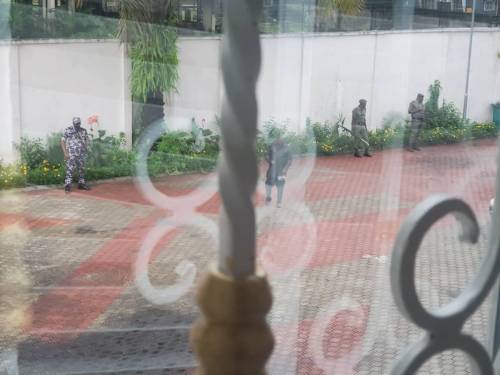 Ms Nunieh had made weighty allegations against the Minister of Niger Delta Affairs Godswill Akpabio bordering on corruption, abuse of Office, oath swearing and sexual harrasment.

According to a report by theCable, Wike responded to please for help from the Rivers Indigenes and visited her residence, ordering the besieging policemen out of his way.

He thereafter personally drove Ms Nunieh away from her residence, followed by his official escorts.

Earlier, Governor Wike had promised to protect Joy Nunieh who is an Indigene of Rivers state from harrasment.