I Can’t Perform Oral Sex On My Wife- DJ Khaled

World famous DJ and super hypeman, DJ Khaled revealed in an interview that he can’t go down on his wife.

He said; “You gotta understand, I’m the don. I’m the king,” said DJ Khaled on the New York-based radio station. “It’s different rules for men. We the king, so there’s some things y’all might not wanna do, [but] it gotta get done. I just can’t do what you want me to do. I just can’t.”

Naturally, Twitter came for him with many calling him out as immature and others joking that he’s seriously missing out.

#djkhaled breakfast club interview has sparked a new internet debate…should a man paying for everything & providing an extravagant life be expected to give oral pleasure?? Or do they get a pass? 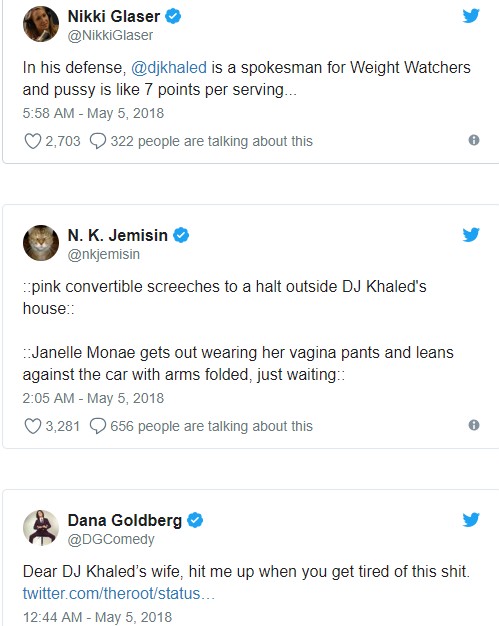 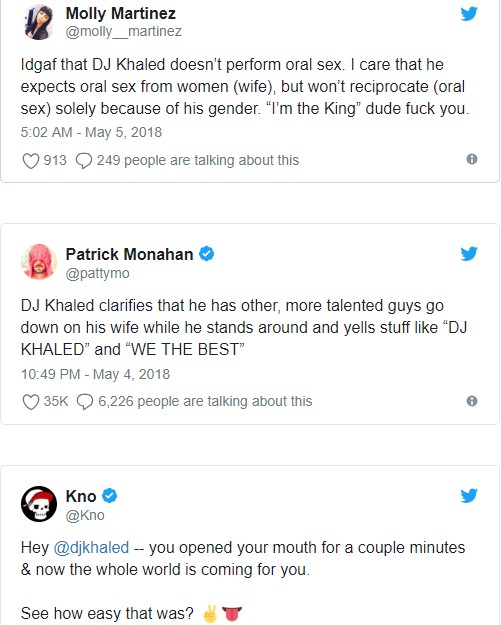