When a woman spends approximately N12 million on clothing and fashion accessories, the last thing she expects to be called is “wor wor”, a street expression for ugly or tasteless, or “homeless”.

But those were some of what Salamatu, the wife of Speaker of the House of Representatives, Hon. Femi Gbajabiamila got from some online trolls as she trended on social media over her fashion sense.

Converted to naira, the prices of the fashion items totalled roughly N12 million.

The undated photo attracted a horde of comments online, with many mocking the 53-year-old’s somewhat gaudy look. 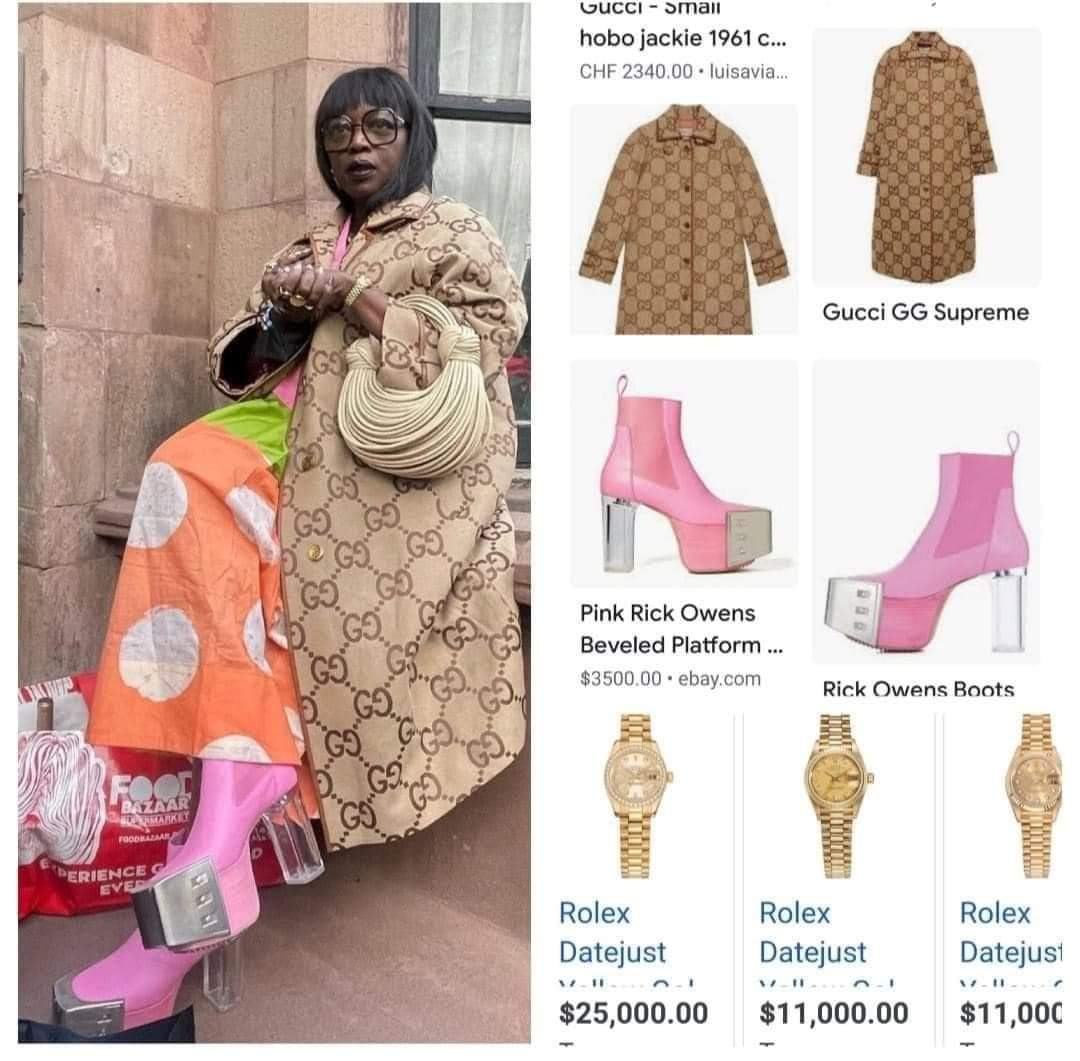 A Twitter user, @Scavesvor said he mistook the Speaker’s wife for a “homeless” person.

Reacting to the tweet, another user who goes by the moniker Sasha responded: “You said what is in my mind but trying to be nice, since you said it I just have to laugh.”

Salamatu Gbajabiamila first trended on social media three years ago when her husband bought a N100 million G-Wagon as a birthday gift to her.