The Supreme Court has voided the Igbo law and custom, which forbids a female from inheriting her late father’s estate, on the grounds that it is discriminatory and conflicts with the provision of the constitution.

According to the Child Rights Awareness Creation Organisation, the court held that the practice conflicted with section 42(1)(a) and (2) of the 1999 Constitution.

The judgment was on the appeal marked : SC.224/2004 filed by Mrs. Lois Chituru Ukeje (wife of the late Lazarus Ogbonna Ukeje) and their son, Enyinnaya Lazarus Ukeje against Mrs. Cladys Ada Ukeje (the deceased’s daughter).

Cladys had sued the deceased’s wife and son before the Lagos High Court, claiming to be one of the deceased’s children and sought to be included among those to administer their deceased’s father’s estate.

The trial court found that she was a daughter to the deceased and that she was qualified to benefit from the estate of their father who died interstate in Lagos in 1981.The Court of Appeal, Lagos to which Mrs. Lois Ukeje and Enyinnaya Ukeje appealed, upheld the decision of the trail court, prompting them to appeal to the Supreme Court. 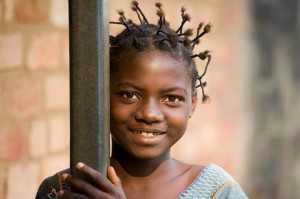 CRACO said the courts in its judgment last Friday, the Supreme Court held that the Court of Appeal, Lagos was right to have voided the Igbo’s native law and custom that disinherit female children.Justice Bode Rhodes-Vivour, who read the lead judgment, held that “no matter the circumstances of the birth of a female child, such a child is entitled to an inheritance from her later father’s estate.“