Former US presidential candidate, Hilary Clinton had announced that she would not be contesting for the presidential seat in 2020. Although she vowed to continue to discuss politics.

As the elections draw nearer, more candidates have signified interest to run with the Democrats and the list keeps growing. However, it wasn’t clear whether Hilary, a former secretary of state, would step forward for nomination once more. 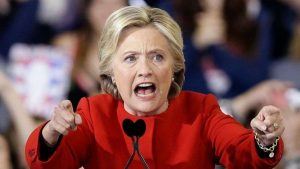 In 2016, Hilary Clinton had more popular votes but was unable to get as much Electoral College votes as Donald Trump, causing her to miss the presidential seat.

Senator Bernie Sanders, who contested in the primaries with Hilary in 2016 has again, signified his interest to run in 2020. Back, then, Senator Sanders was Hilary’s only major opposition at the party level.

However, the next primaries are set to be more competitive as the Democrats already have Cory Booker, Senator Elizabeth Warren, and Kamala Harris, among the list of other aspirants.

Buhari Displayed Spirit Of Christ In Greeting Obasanjo At 82 – Keyamo