Jibrin Reveals He was Tested for Drugs and Alcohol Over Allegations, Displays Results

Abdulmumi Jibrin who is the former chairman of the House of Representatives Committee on Appropriation has revealed that he was tested for hard drugs and alcohol after his recent actions.

Jibrin took to his social media page in a long rant in which he defended his actions stating that he had had himself tested at the Pathcare Laboratories Abuja and has decided to undergo a similar test at the National Hospital Abuja.

Many had said that Jibrin who has been making various accusations against the Speaker of the house, Yakubu Dogara was under some sort of influence and he has decided to debunk it.

He tweeted; “As far as I know, this is the 1st time a public officer in Nigeria will subject himself to an open drug & alcohol tests, that person is me! 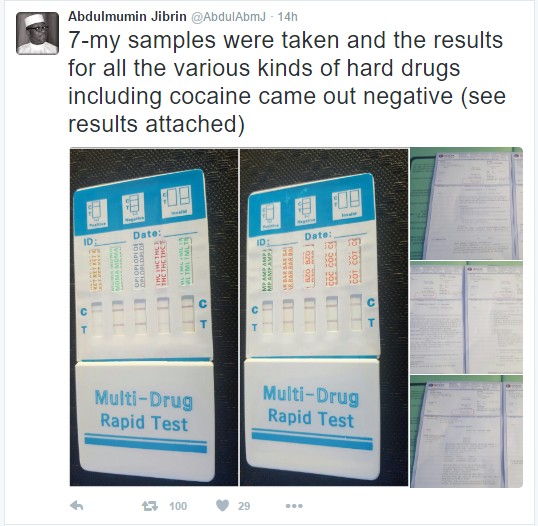 He added that to further clarify, he was also going to carry out another test at the Federal Government owned National Hospital. 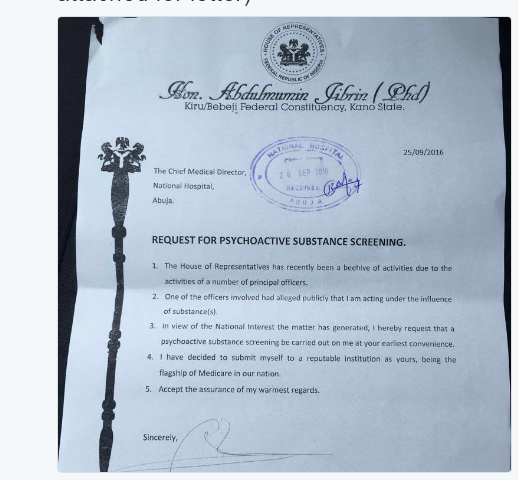 “In view of the national dimension the issue has taken, I have also written the CMD of the National Hospital to give me a date and timeso they can take my samples at the national hospital, conduct another round of tests and make the result public.”