John legend congratulated the couple on their engagement to each other.

Khafi and Gedoni were romantic partners in the Big Brother Naija Pepper Dem Gang house. After the reality show, the couple continued their relationship and later decided to take it a step further by getting engaged.

A fan of the couple identified @Khadoni Ambassador on Twitter made another video of Khafi and Gedoni moments with a John Legend’s Conversations in the Dark playing in the background.

The fan tagged John Legend and he replied to the post. He congratulated the couple, stating that he loves to see love. 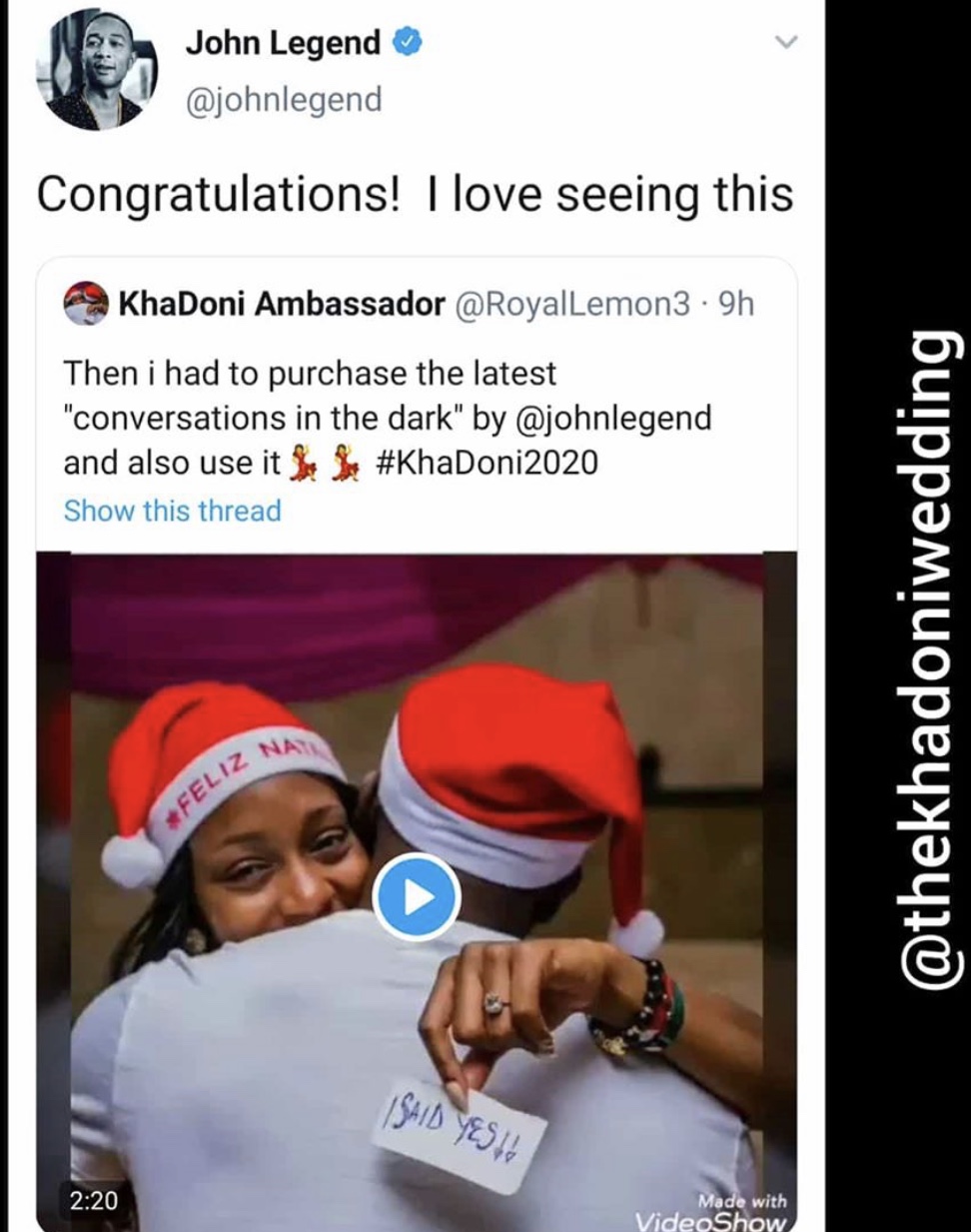