The recent outrage against the preacher comes after he allegedly called King David’s mother a harlot.

The preacher was reported to have during one of his preaching called the great king in the Bible a product from an harlot and thus incurred the wrath of Nigerians.

A social media user took to his page on Twitter to share the clip from the Apostle’s preaching.

He wrote: “The mother of King David was a Harlot……Who knew? pic.twitter.com/4EXzmdeWmw
— Eric Okafor (@KneWKeeD) April 24, 2017

In reaction, Nigerians lashed back: 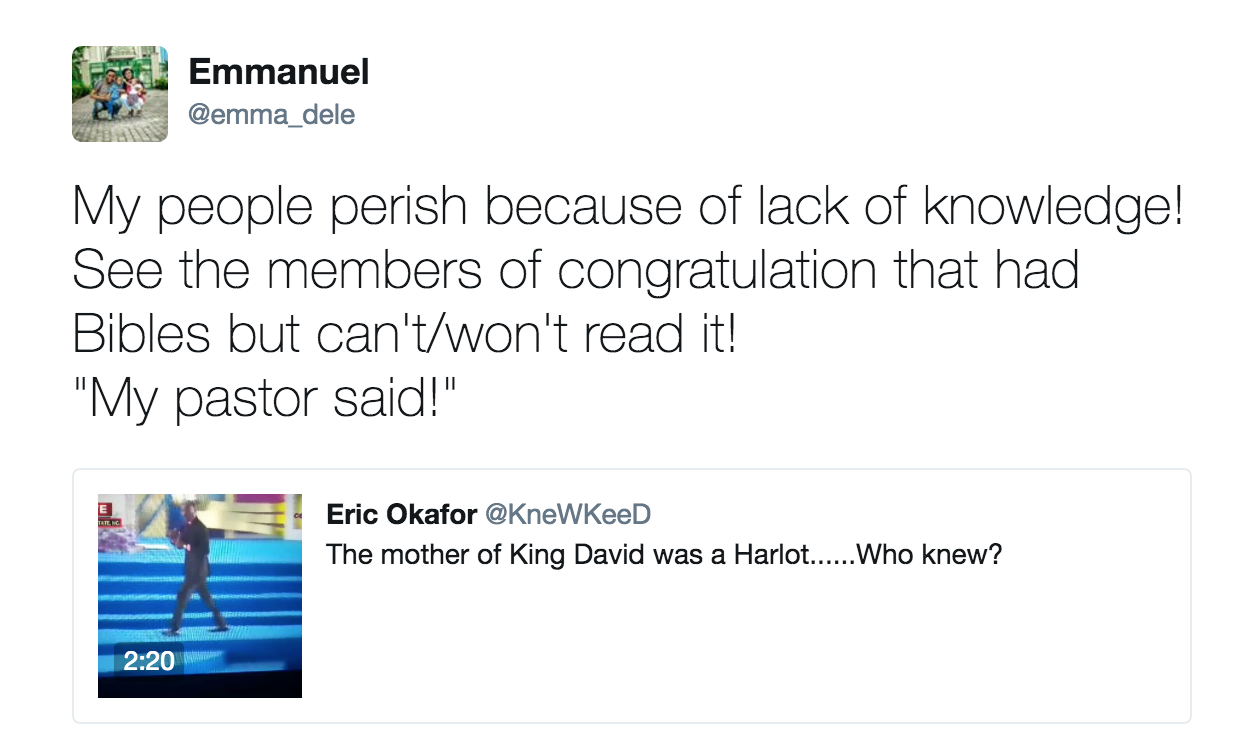 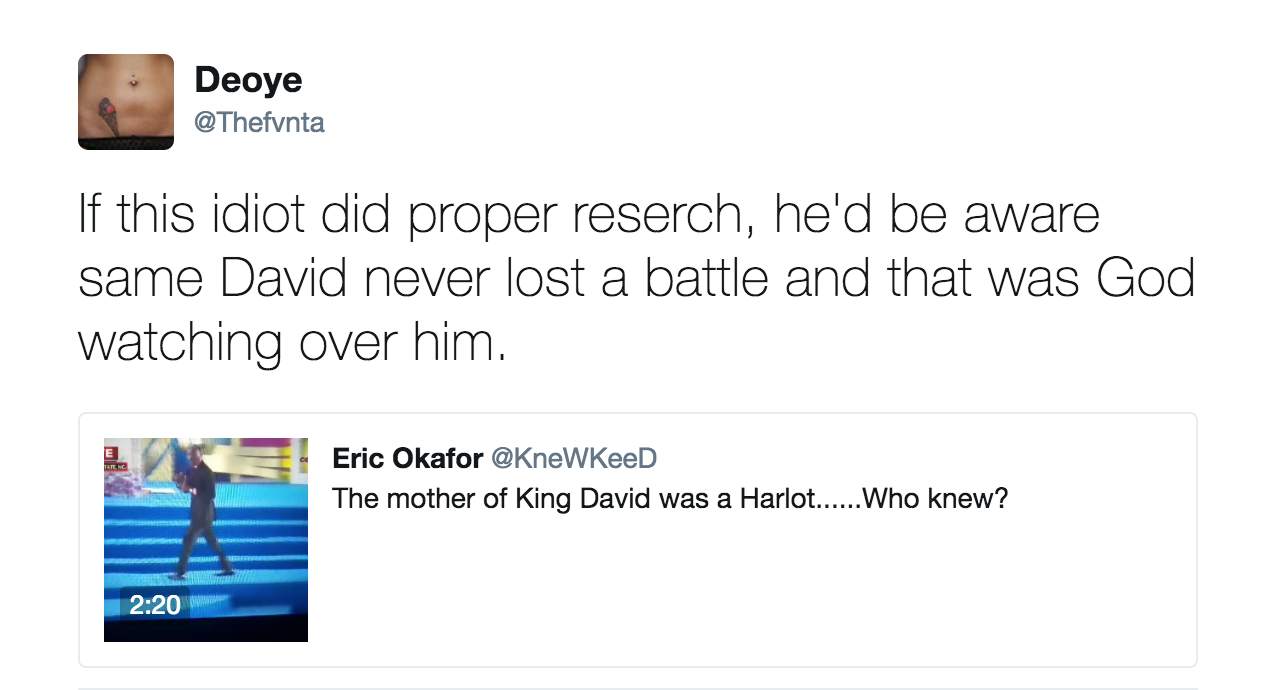