Two ladies have been caught while trying to sneak drugs into the Kuje Medium Security Prison in Abuja. The ladies, who claim to be sisters, had substances such as Tramadol and cannabis on them. During interrogation, it was gathered that the drugs belonged to one John Ifeanyichukwu, an inmate in the prison.

After concluding their findings, the FCT prisons service, through its spokesperson, Humphrey Chukwuedo, explained that one of the suspects, named Blessing Chinwuba, had kept the hard drugs in a pack of noodles which she intended to take inside the facility. 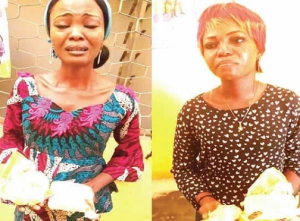 Officers in the prison subsequently contacted the National Drug Law Enforcement Agency in Abuja and handed Blessing and Victoria over to them for investigations.

Also, read: It’s True I Stole Pants But I Returned Them In 5 Mins – Adeleke

Fani-Kayode to Nigerians: Brace for shocking political realignments in next few weeks