A Nigerian lady identified as Miss Seyitan Babatayo who accused D’banj of sexual assault has demanded an apology from the singer.

A Nigerian model scout, Otunba Benjamin Ese had earlier called out the koko master, accusing the singer of raping his friend, Seyitan Babatayo.

Seyitan also came out to reveal herself and she gave an account of what transpired on the night of the alleged rape.

Following the allegations, in a statement issued by his lawyers, D’banj denied all allegations. D’Banj also petitioned the Inspector General of Police to investigate the matter.

“Dear members of the public,

.
Our attention has been drawn to the false allegations purported by Benjamin Ese and Aunty Seyitan who labeled our client, Nigerian musician Oladapo Daniel Oyebanjo professionally known as Dbanj a rapist.
.
.
Prior to the widespread of the deep-seated lies targeted to taint the image and reputation of our client- Dbanj, as an organization we have a strict policy of ignoring clout chasers and cyberbullies and we refrain from engaging with them, but not this time.
.
.
This is a calculated attempt to ruin Dbanj’s long-standing character and career, as well as disrupt on-going plans for his 40th birthday and album release. Not to talk of devaluing and trivializing the conversations that are currently being held to emancipate and tackle the challenges faced by the girl child.
.
.
On behalf of our client D’banj, the management of DKM would like to reaffirm zero tolerance for any kind of sexual abuse and particularly frowns at any action that exploits women and the infringement of their rights. We strenuously deny the rape allegations and express our sincerest apologies to rape survivors and victims of this dastardly act.
.
.
As of now, our legal team are fully involved and will address this matter with the necessary legal actions in pursuance to the full extent of the law to ensure that this malicious act of blackmail and character defamation does not occur again.

We understand that this is causing huge concern. However, an internal investigation has been launched and we assure the public that we are taking this matter very seriously to establish the details.
.
.
We still say NO to Sexual Violence, Racism, and Tribalism.”

Now Seyitan has released a statement of her own, standing by her accusations and demanding an apology from the singer.

She tweeted: “Hello all, I appreciate all of the expressions of concern and doubt regarding my story therefore I am releasing an official statement to address these concerns for the last time. I shall not continue to address this anymore as my legal counsel will be taking over. Thank you.”

See her letter below: 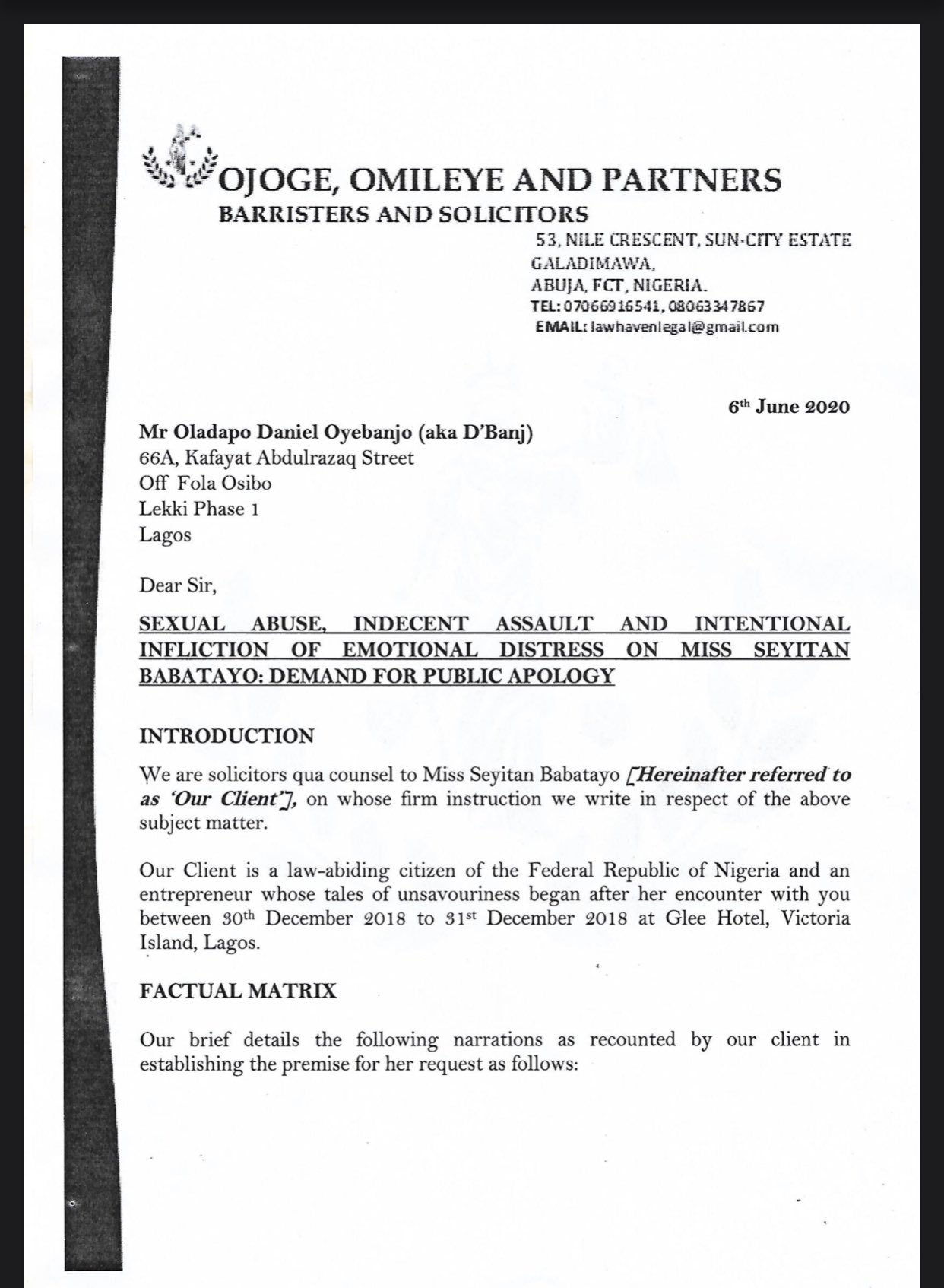 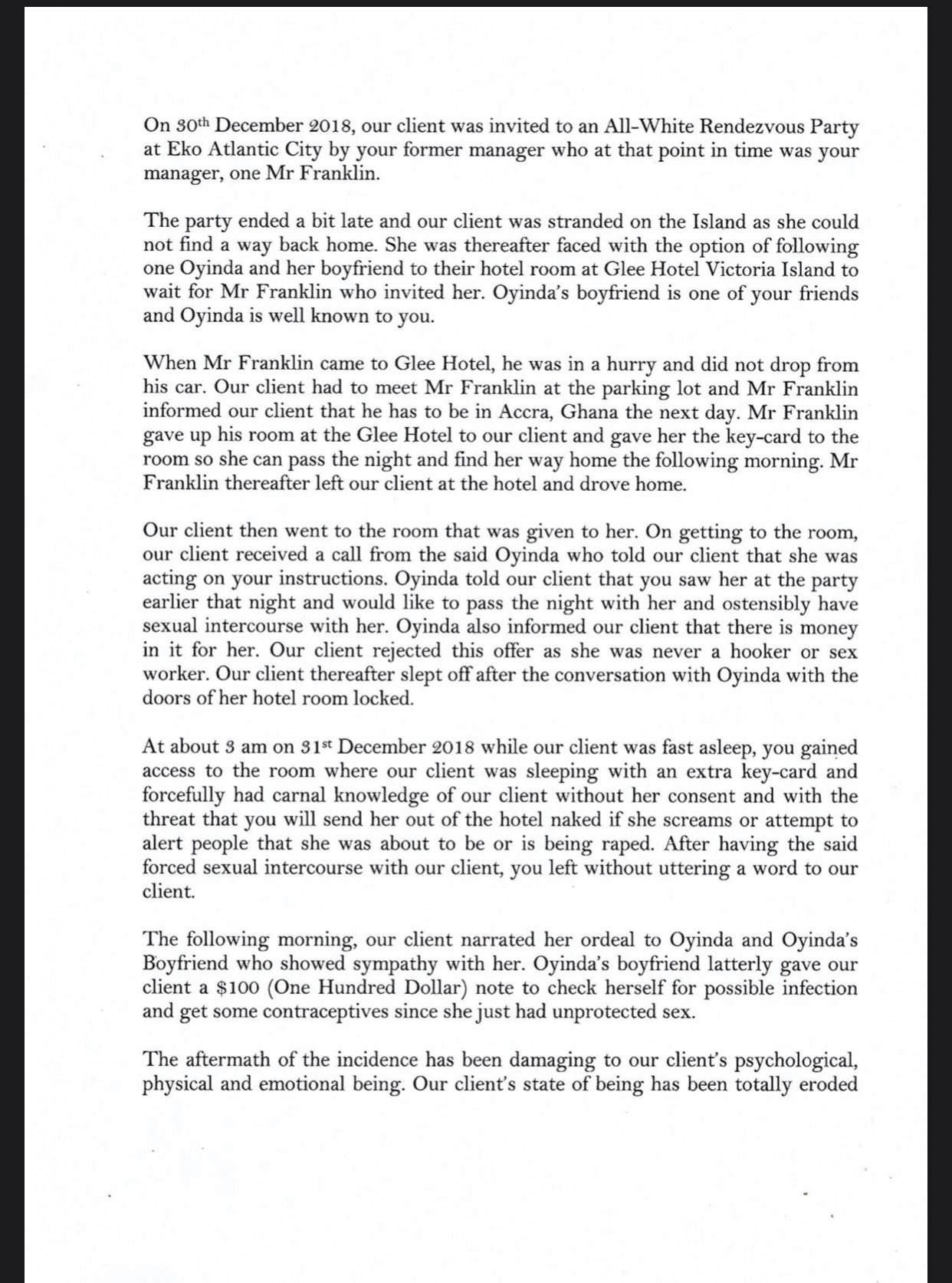 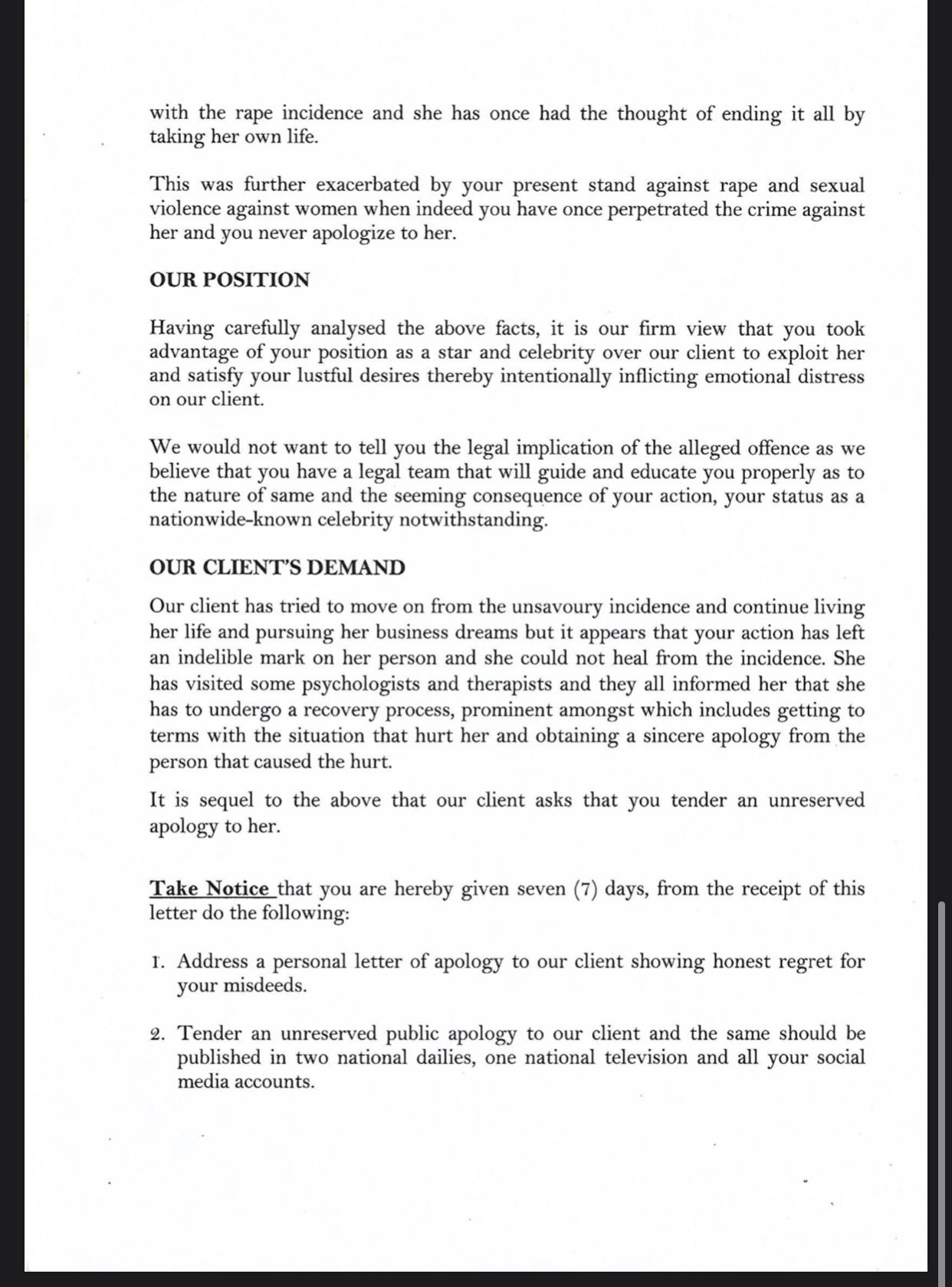 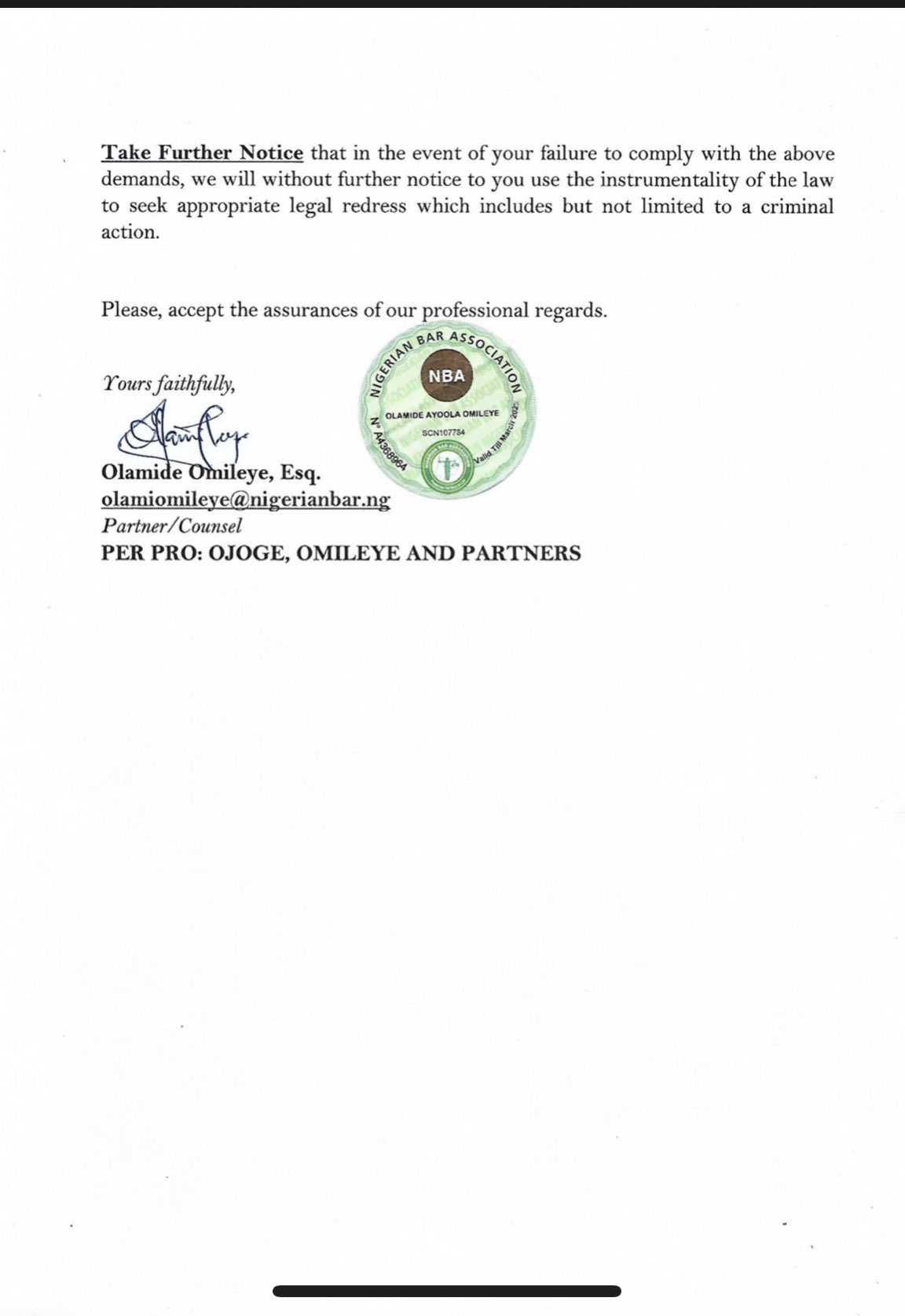