Dr Fatai Balogun, President, Association of Resident Doctors (ARD-LASUTH), said at a news conference on Tuesday in Lagos that the strike would be total.

The News Agency of Nigeria (NAN) reports that the association had in September 2018 went on an indefinite strike to demand for the replacement of the exited house officers and resident doctors in LASUTH.

Balogun said that the strike was suspended based on the promises by the management to replace the exited officers and the affirmation of the approval by the state government. 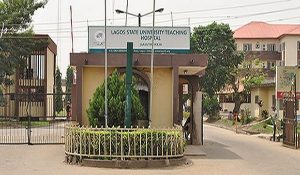 He said that all available means of communication with both the hospital management and government had proved abortive.

“This crisis has been a recurring event over the past years without any structured policy put in place to ensure seamless replacement of the exited and existing doctors.

“This, however, creates loopholes in the provision of optimal clinical service delivery.

“It is made to appear that the only language understood by them is an avoidable industrial action.

“All we are asking for are seamless employment of resident doctors and house officers; this should not be a tall order.

“The association is left with no option, but to reluctantly resume the suspended strike with a three-day warning strike which inevitably commences at 8.00a.m on Monday, Jan. 28, “ he said.

The president said that shortage of doctors at the hospital had resulted in long waiting period by patients and inefficient sub-optimal healthcare service.

He also said that available doctors at the hospital were being overworked and falling ill due to the workload.

According to him, 80 house officers are being budgeted for every year.

“Until our struggle in September, the government did not employ doctors.

The state government, after the struggle, employed only 55 house officers and promised to employ the remaining 25 in December, 2018.

“Up till now, the remaining 25 have not been employed,“ he said.

Fabamwo said that the Head of Service, Mr Hakeem Muri-Okunola, would ensure that all the paper works needed in the recruitment of doctors would be made possible.

“The new Head of Service believes there should be a template for automatic replacement of doctors; he says he will work toward that in order to address the shortage,“ he said. (NAN)

2023 elections: US vows to impose travel ban on electoral miscreants

Ondo seaport: It is something we need to do – Osinbajo