Ruby Mae is fast making a name for herself in the fashion world of modelling. The lingerie model is fast becoming popular with the public partly due to her relationship with Spurs star player Deli Alli whose sex video which was filmed a long time ago showed the 21-year-old midfielder receiving oral sex from a yet to be identified woman suddenly went viral several hours ago on social media.

It is obvious the video was not a recent one due to the lack of tattoos on Alli who currently has his body inked.SEX PIC 3 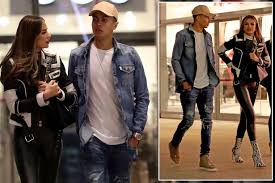 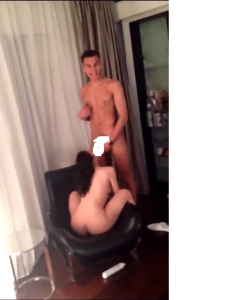 The relationship between the couple became known to the public during  Euro 2016 where England played against Iceland losing. In the event of England’s 2-1  defeat to Iceland, Ruby was seen trying to cheer him up despite his team’s loss.

The better part of last year saw the pair canoodling during.   holiday trips to Mykonos and Ibiza in the summer.

The breathtaking beauty whose career is managed by Boss Models Management heats up her Instagram page with selfies of her day to day activities.

Apart from being friends with her beau she’s also a lover of dogs. Her little black poodle named Dougie is a regular face in pictures taken by the couple.

Alli ‘s video has elicited a lot of reaction on social media with several fans claiming his bubbling career could be ruined because of the leaked video making its rounds.due to the footballer’s iCloud account being allegedly hacked by Liverpool fans.