Lilian Afegbai a former Big Brother contestant and an actress has fulfiled her dream of producing a movie before she turned 26.

Bound, a film produced by Afegbai, was screened to a private audience last weekend and those who have seen the film said not only did Lilian achieve her goal, she exceeded expectation’s and produced a fabulous movie while she was at it.
Rita Dominic stars in the movie playing the role of Chineye, an upwardly mobile lady with commitment issues. She is supported by Enyinaa Nwigwe, Joyce Kalu, Nicole Banna and Stan Amadi, in the movie which was directed by Frank Rajah Arase.

The screening, which was held at IMAX Cinema, Lekki, was attended by Nollywood personalities such as Uche Jombo, Deyemi Okanlawon, Nancy Isime, Mimi Onalaja, Layole Oyatogun, among others. 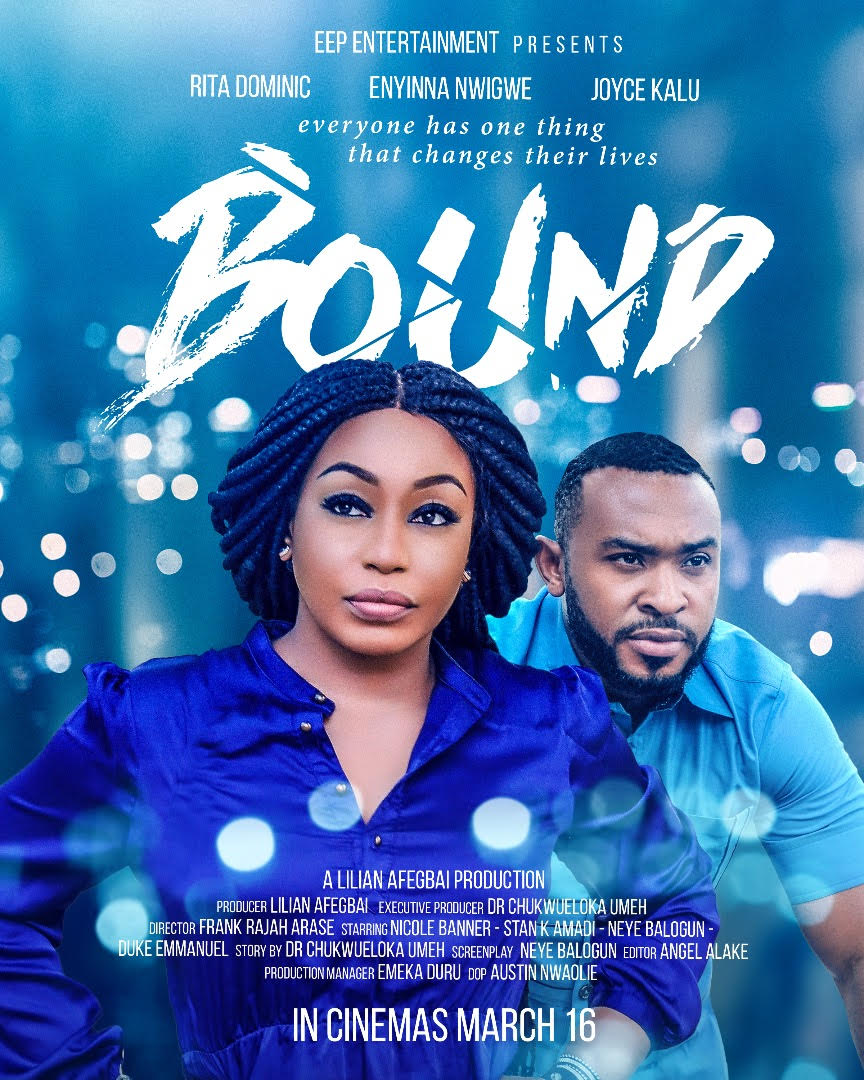 Mother Rejoices Over Triplets In Imo

2023: I have roadmap to transform Nigeria – Fayemi