In a sense, it can be said that she set the ball rolling as it was a post found on her site that broke the story of allegations of falsehood which was then carried about and snowballed into a national phenomenon.

Whether the deletion is a tacit acceptance of wrongdoing or something else is unknown, but a cursory search of her site shows that the post is no longer there.

Using the search words “#savemayowa was a scam! She was sick but was beyond treatment” only turns up an update which shows Nollywood actress Toyin Aimakhu at the station crying.

The situation has reached a level where the police has gotten involved and have frozen the account for the funding of Mayowa pending investigation. 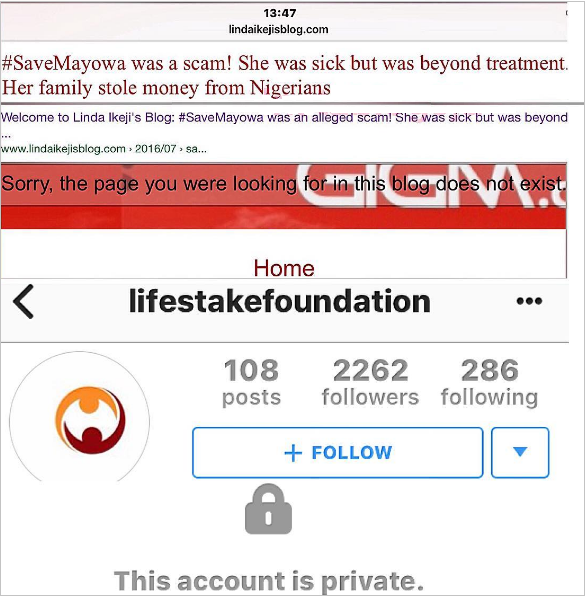 Ministers are Squatting, Living In conditions Similar to Most Nigerians- Amaechi