Nigerian Rapper, Ycee recently endorsed an article that clearly painted negative stories about M.I Abaga’s record label, Chocolate City. He was quickly reprimanded by Mr. Abaga who asked him to immediately delete the article and get his name and his record label off the post.

Ycee was mentioned in the post that was released via a Music Blog, he corroborated the contents of the article on twitter saying; “Facts only we coming. #TinnyMafia”.

M.I Abaga posted a comment saying “Delete the page concerning me and mine”.

He sprung to limelight with his hit single, Jagaban. He recently released a banging single, “Juice” where he featured Maleek Berry.

He was recently featured on Falz’s brand new hot single, “Something light”.

Here are photos of the Social Media posts: 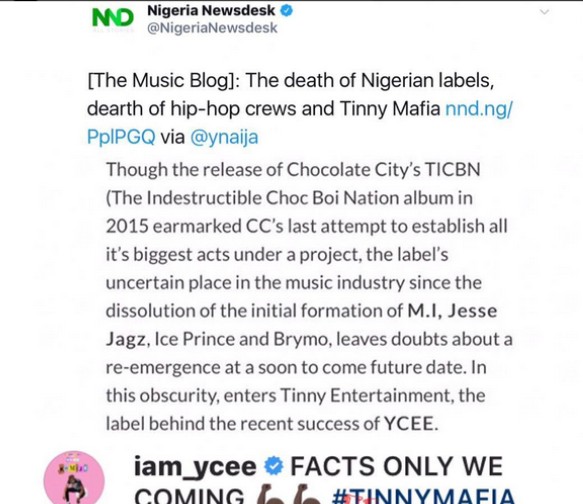 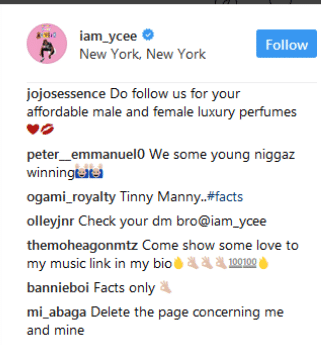 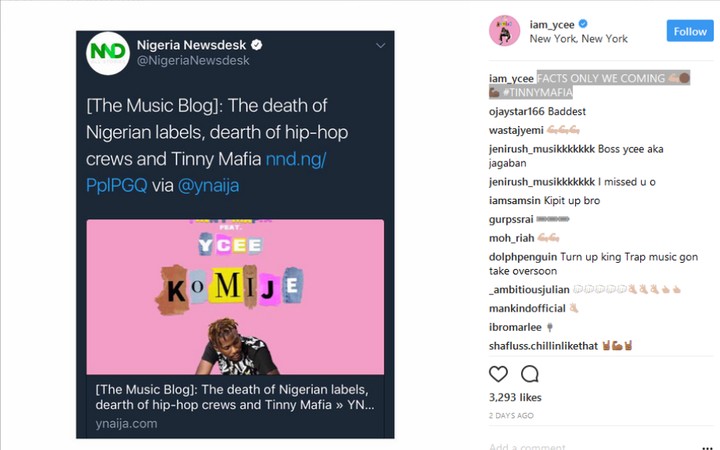 3-year-old girl beaten to death by Stepfather in Katsina