Events took an unfortunate turn for Monday Bakor when his fiancée was killed by a stray bullet in Oyigbo, Oyigbo LGA of Rivers State.

The bereaved young man took to the streets of Facebook on Saturday, 31st October, to ask for prayers as he feels ”weak and restless”. 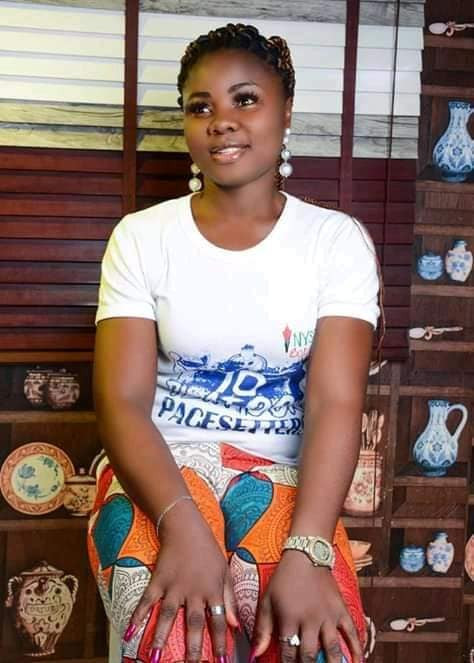 According to reports, the deceased, Queen Nwazuo, was a final year HND student of Abia State Polytechnic and was hit by a stray bullet while sitting inside a shop attached to their apartment at No. 12b Ehi Road in Oyigbo on Thursday, October 22,  during a violence that engulfed the area.

It was further added that the bullet cut through the iron door of the closed shop and collided with her neck.

READ ALSO: “2020 Has Been Year Of Many Challenges” – Jonathan 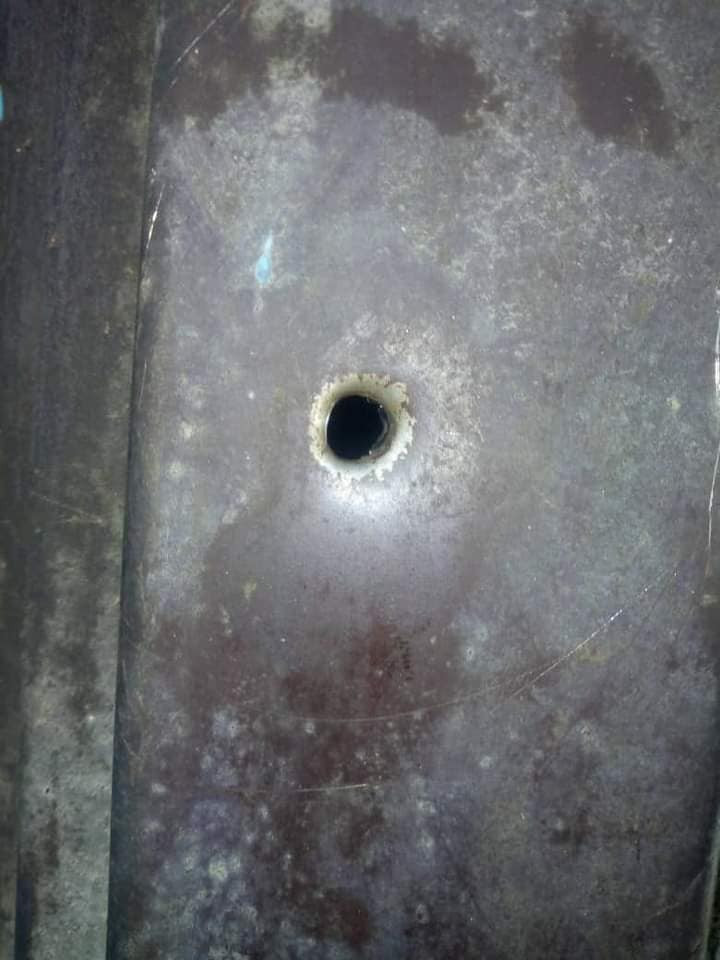 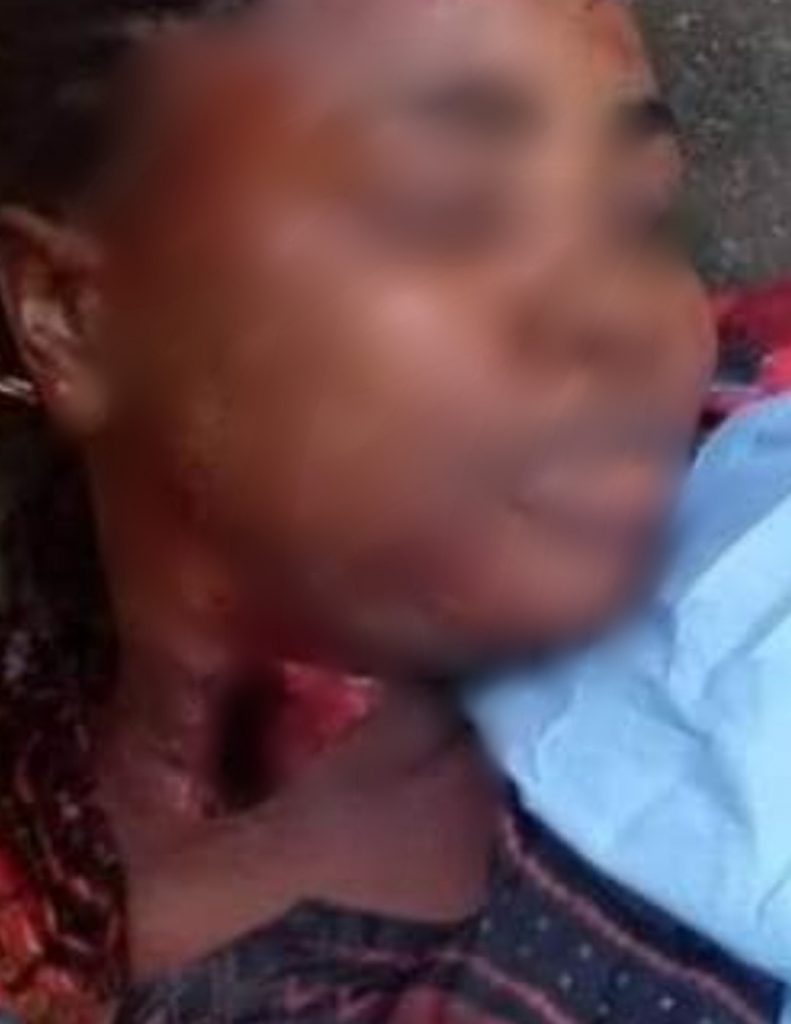 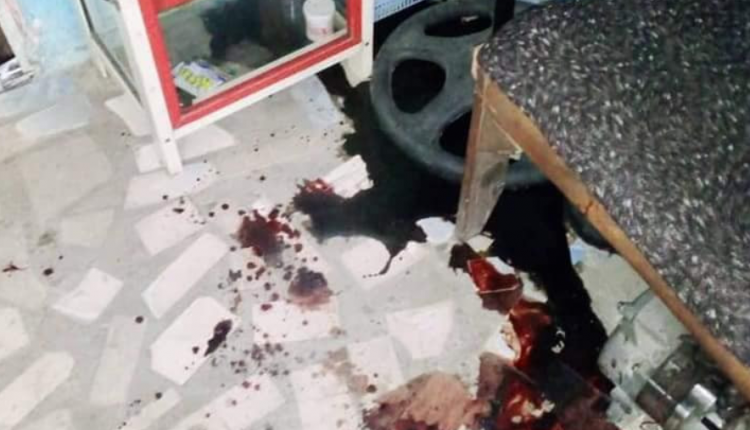 She was then rushed to the hospital by her fiancé, Bakor, but unfortunately couldn’t make it.

Grieving on Facebook Saturday, Bakor said he has been restless and weak ever since her death.

His post read, “Please pray for me. I’m restless and weak! What a world”. 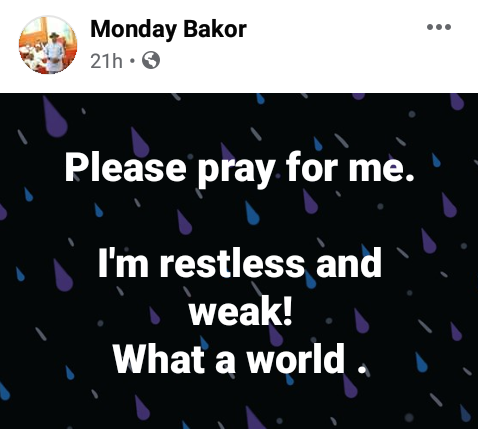 A few days earlier, the young bereaved shared a throwback photo of them together, recalling how she came all the way to Port Harcourt from Lagos to celebrate his convocation. 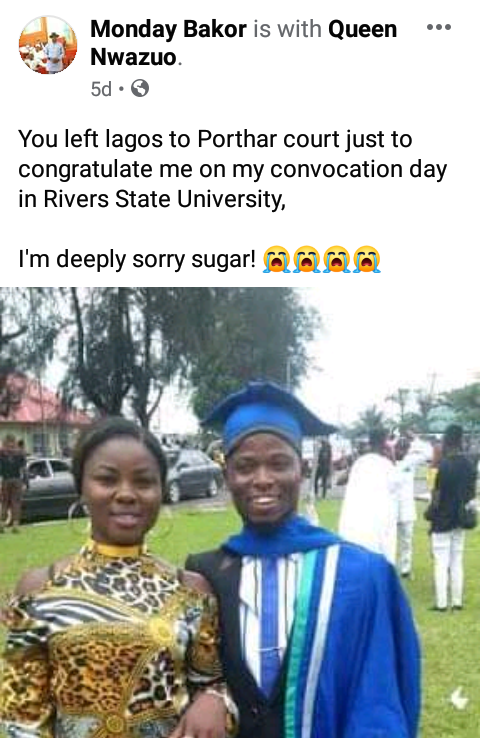 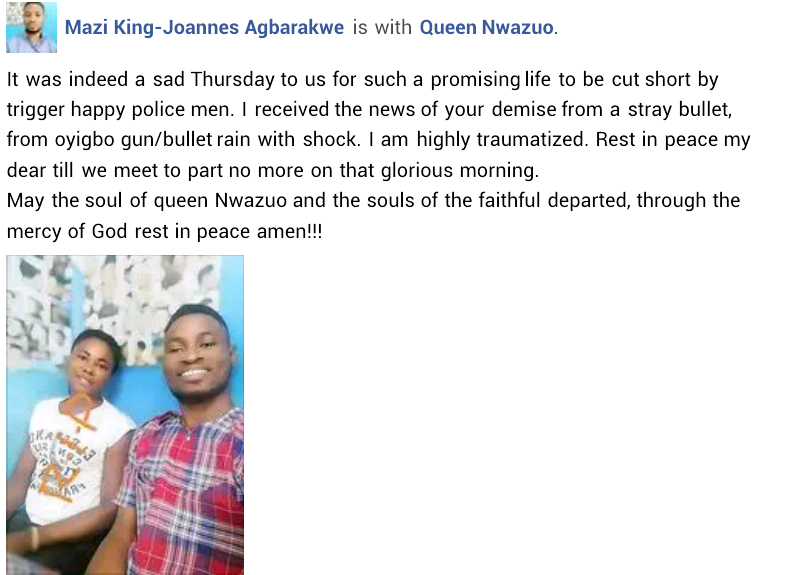