Julia Martins, a young lady from Detroit, has been murdered by her fiancé for calling off their relationship of three years.

The 27 year old lady decided to end it since she couldn’t continue with the relationship for an undisclosed reason. She called her fiance to come take his engagement ring after they had both agreed to move on. 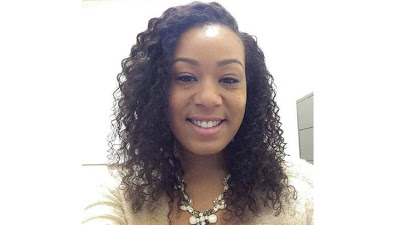 On Friday, 35 year old Rodney Harvey had knocked on her door asking her to open so he could pick his ring and leave.

As the unsuspecting Julia tried to open the door, he forced his way in and stabbed her severally before committing suicide.

Rodney jumped out of her apartment window to his death. The lady who was lying in her pool of blood, reached out to people through calls to come save her.

She first called the police, and informed them of the person who had stabbed her, then asked for an ambulance. Next, she tried her dad, but he didn’t pick her calls until much later when he realized what had happened.

The father, who lamented on the manner his daughter died, had cried bitterly about not picking that last call.

In his words, “Not only did she call me, she texted me while she was going through all this. It read, Call me Asap.”

“She was calling everybody, saying that she wanted help. She called another friend, and she was panting over the phone trying to get her breath. He thought it was a prank and he hung up on her. He feels so bad.”

“There wasn’t any indication he was dangerous. I never would have though that in a million years. She never went into details about how bad it was, she was just telling me that they had broken it off, and that she was planning on giving the ring back.”

Julia was rushed to Northwestern Memorial Hospital where she was pronounced dead at 7.37pm from multiple stab injuries.