Members of Lagos House of Assembly proceed to impeach Ambode

Towards the close of business on Monday evening, members of the House of Assembly in Lagos State kick-started proceedings to impeach the current governor, Akinumi Ambode. Reports reveal the reason for the action is due to alleged gross misconduct by the governor. 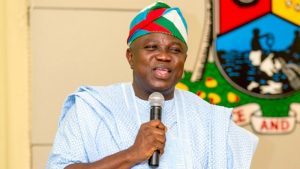 Last October, Ambode was dramatically defeated during his party’s primary elections for gubernatorial post in the state. Back then, it was also alleged that the reason he was voted out was due to misconduct. No official statement has been released about this latest turn of events yet but more details will be revealed soon enough.

Also, read: Osinbajo should not be a pastor in RCCG – Timi Frank tells Adeboye

Social Media; Youths, And The Future Of Our Republic By Jerome- Mario Utomi