#MeToo – “What about the guys you drugged?” Cardi B gets slammed for playing rape victim

Grammy Award-winning Female Rapper Bartier Cardi popularly known as Cardi B has been slammed after she recounted her sexual assault encounters in a bid to relate to the #MeToo movement.

In an interview with Angie Maryinez, the wife and mother of one, narrated the sexual assault experience which took place during a magazine photoshoot. She also described how the Music Industry is plagued with pervasive sexual assault.

“I will never forget how I went to shoot for this magazine and the photographer, he was trying to get close to me like, ‘Yeah, you want to get in this magazine?’ Then he pulled his manhood out.”

“When I see the #MeToo movement — there’s girls from the hood I know that went through the same type of treatment,

However, the female Rapper has been slammed by her followers for being guilty of the same crime she claims to loathe.

Cardi B seems to have forgotten how she once revealed she drugged guys at the club before she became famous but her followers were quick to remind her and call her a hypocrite.

Here is the video where Cardi B admits to drugging and robbing guys at the club;

Here is a screenshot of some of the comments 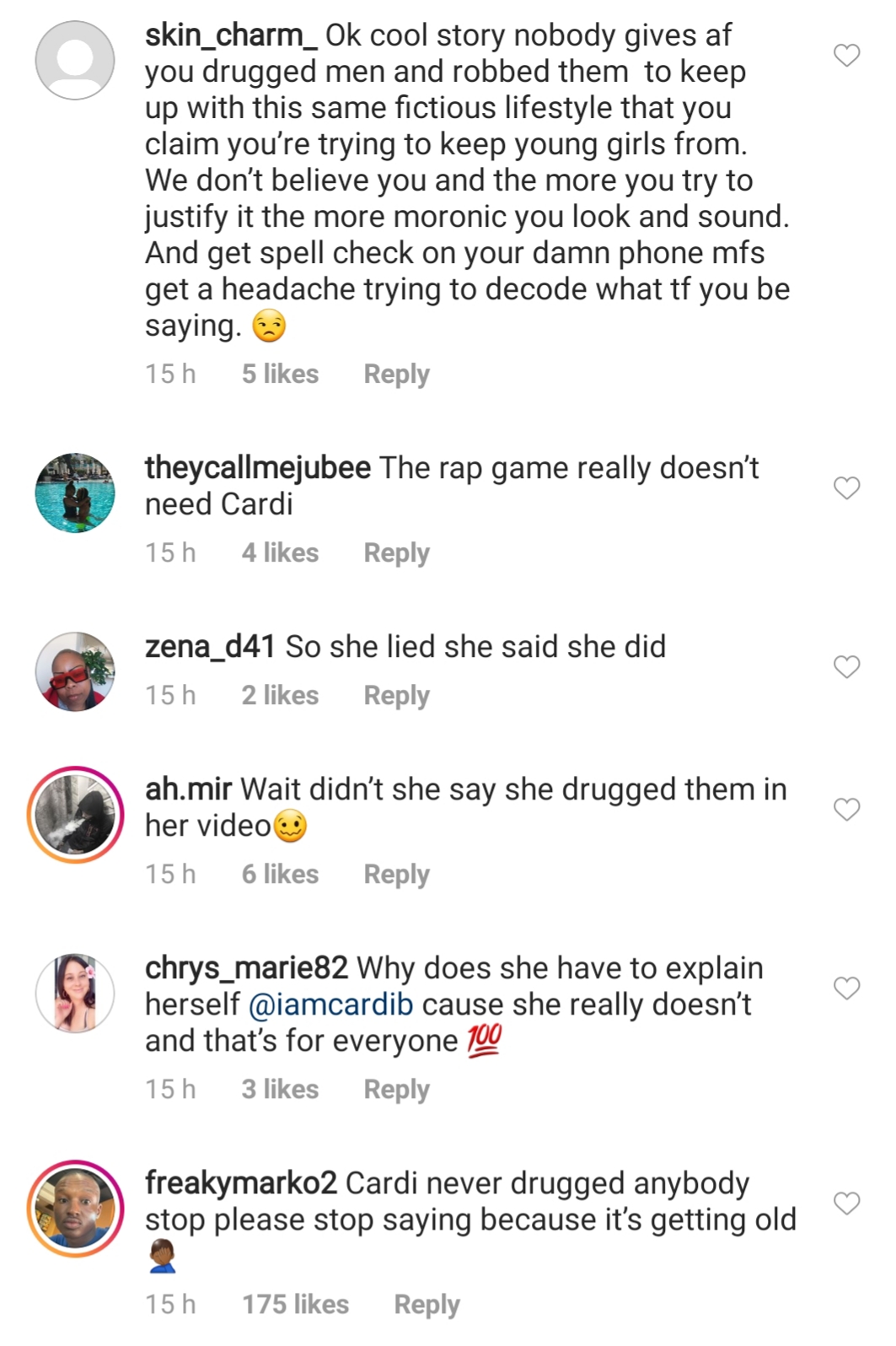 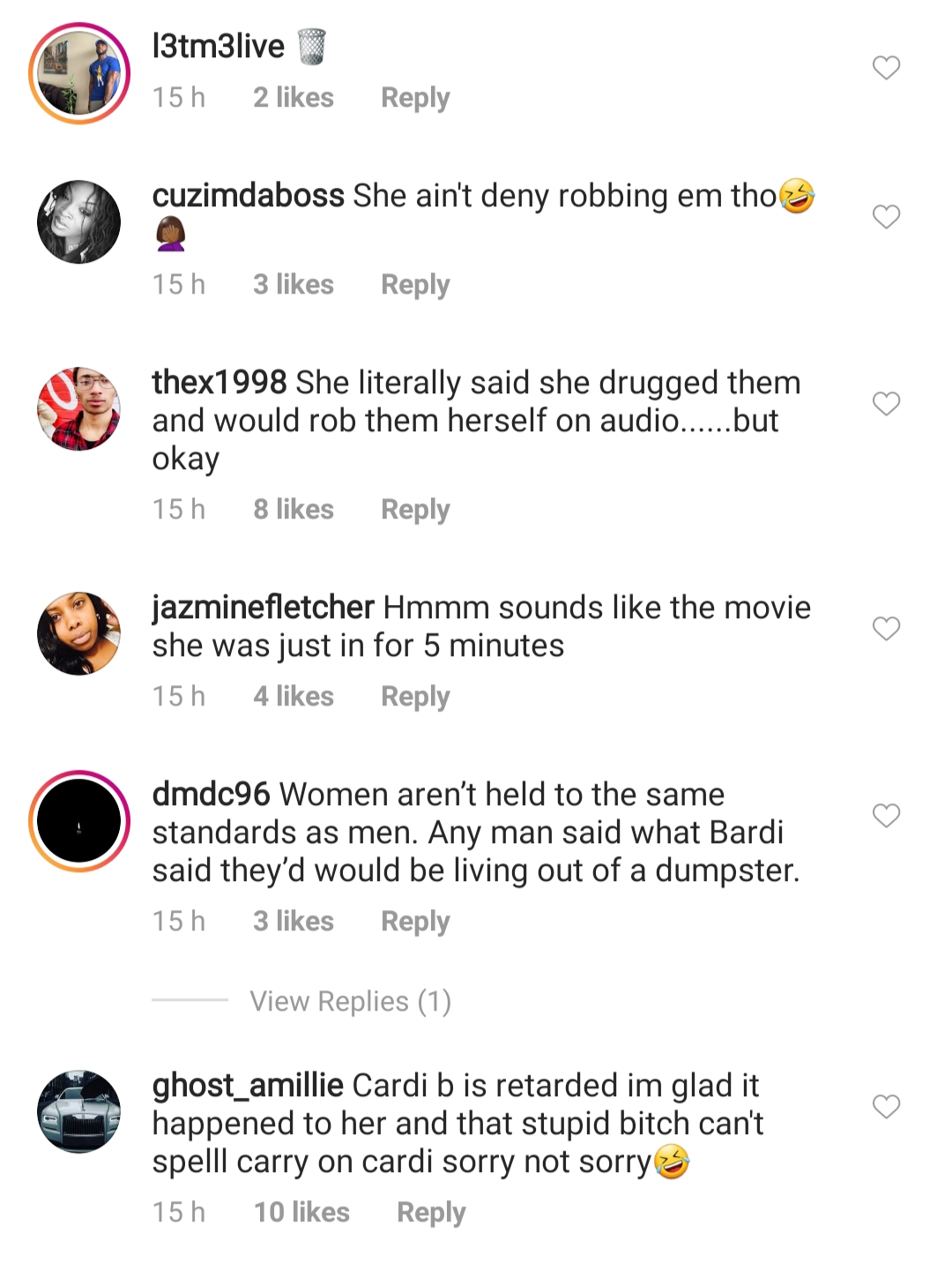 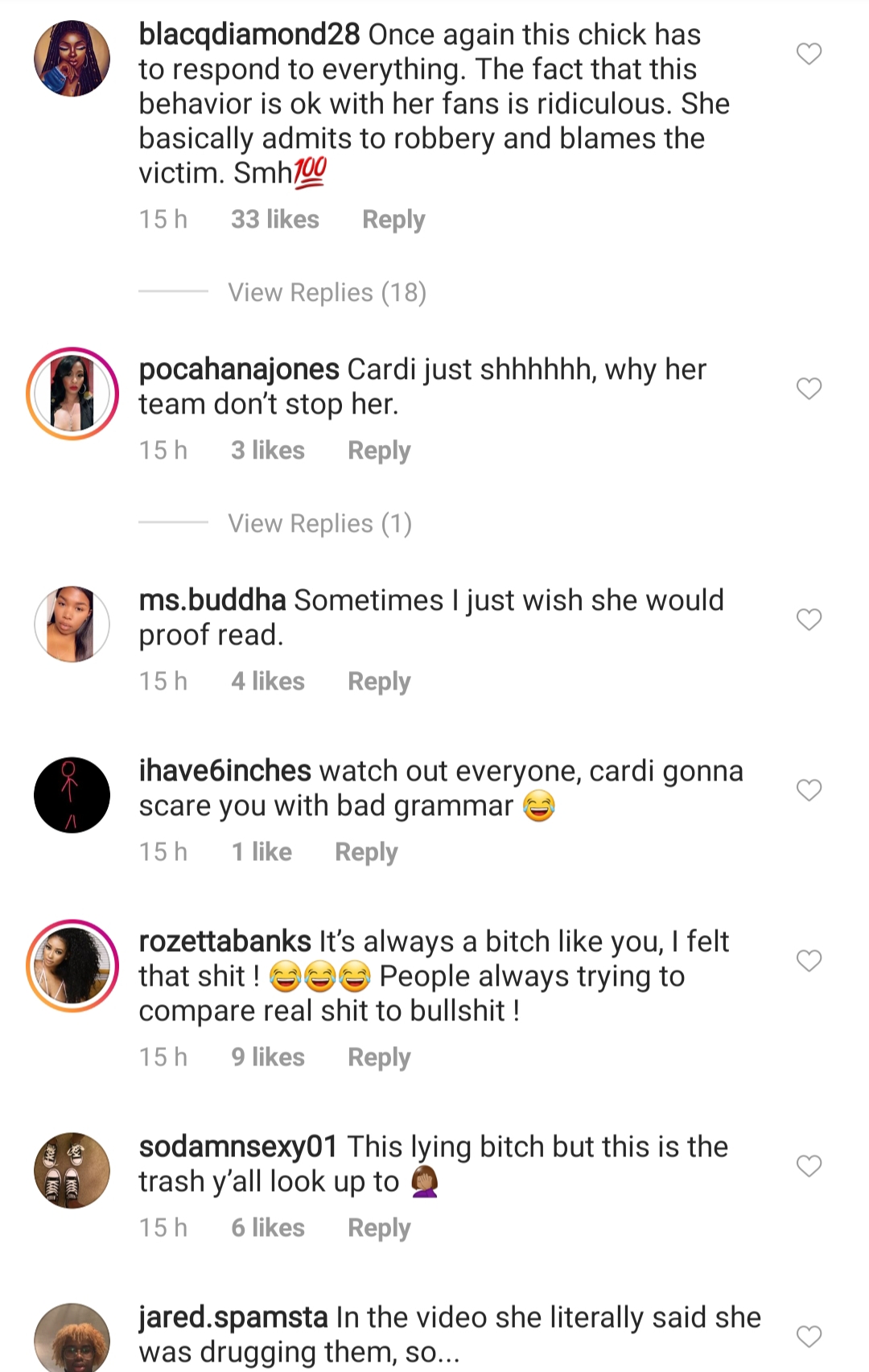 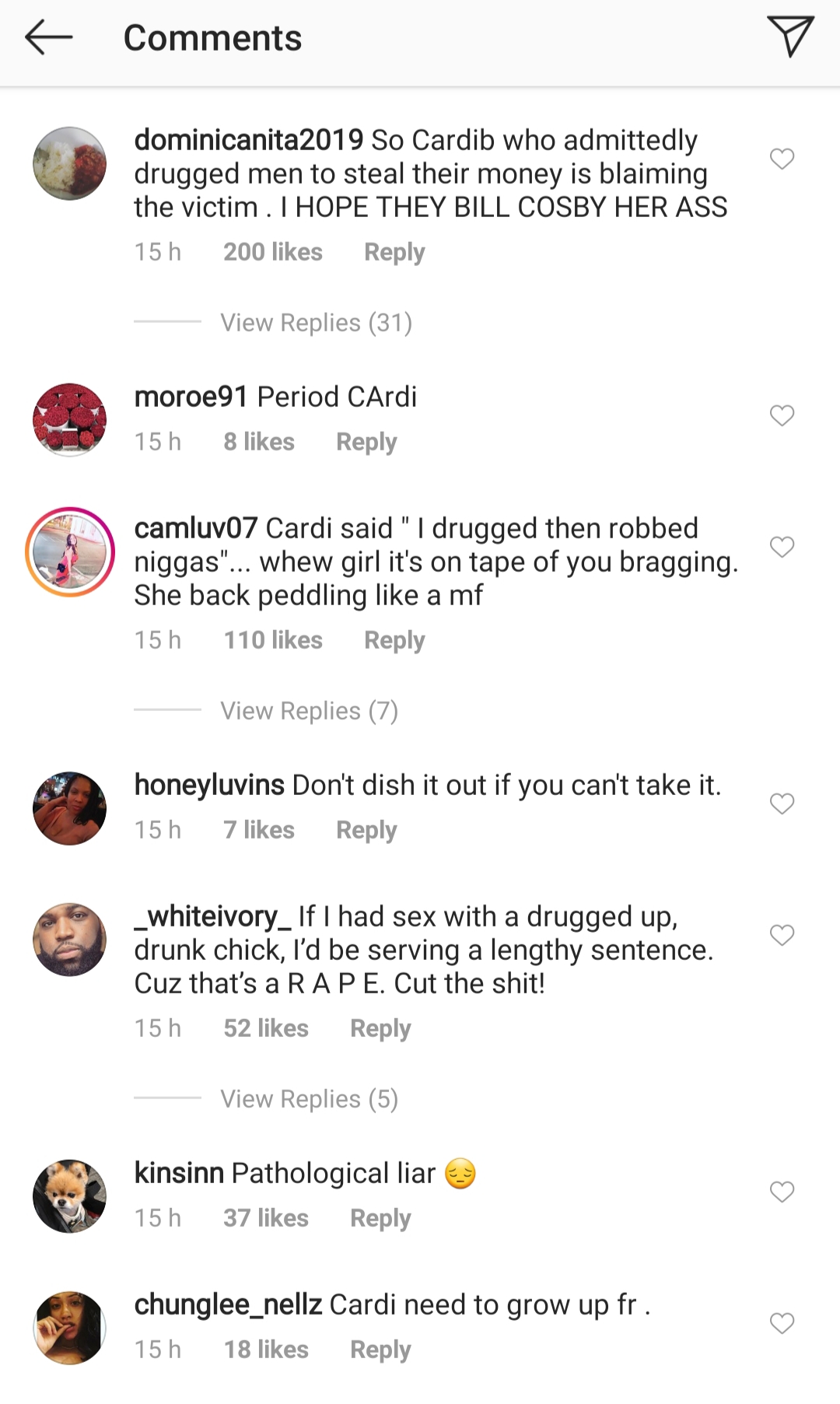 According to Internet users, Cardi B has no right whatsoever to claim she is a Rape Victim or even be a Role Model to young girls

Rape victims who sue for money are prostitutes- Remy Ma