It turns out videos of Mike Tyson’s high intense training that he has been releasing on social media weren’t just for show. 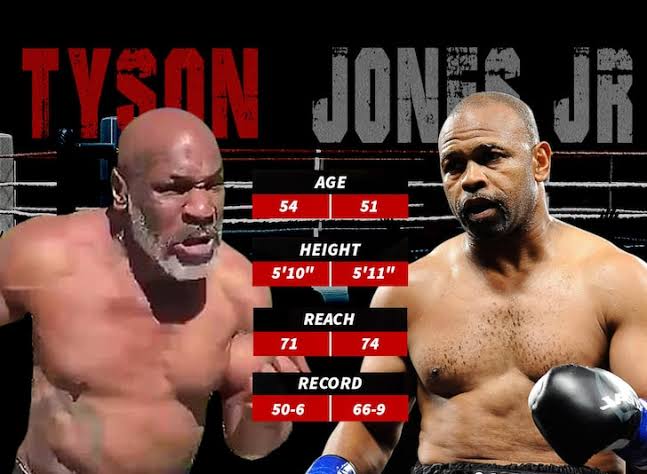 Andy Foster, the executive director of the California State Athletic Commission, confirmed that Tyson has put a hold on that date.

READ ALSO: Former Vatican Ambassador To France Will Be Tried For Sexual Assault

Foster in a recent interview said that he met with Tyson and Jones via Zoom recently and that the fight will be an exhibition.

They won’t be wearing headgear, but will be wearing larger than normal gloves. Foster said he believed they’d wear 12 ounce gloves.

“This isn’t a situation where they’re going out there to try to take each other’s heads off,” Foster told Yahoo Sports. “They’re just going to be in there moving around the ring and letting fans see these legends.”

Foster said there had been talk that there would have been a boxing match between former world champion James Toney and former UFC champion Tito Ortiz on the undercard, but said Ortiz told him it wasn’t going to happen.

Many fight fans around the world believe the match would be a spectacle of an event to witness “Iron Mike” bend through the ropes to step into the ring once again.