Popular musician, Paul Okoye of the P-Square brothers has stirred a social media debate with his assertion that a man just wants money and peace and does not care whether his woman loves him or not.

The Herald can report that the musician, also known as Rudeboy, made the claim in a post on his Instastory. 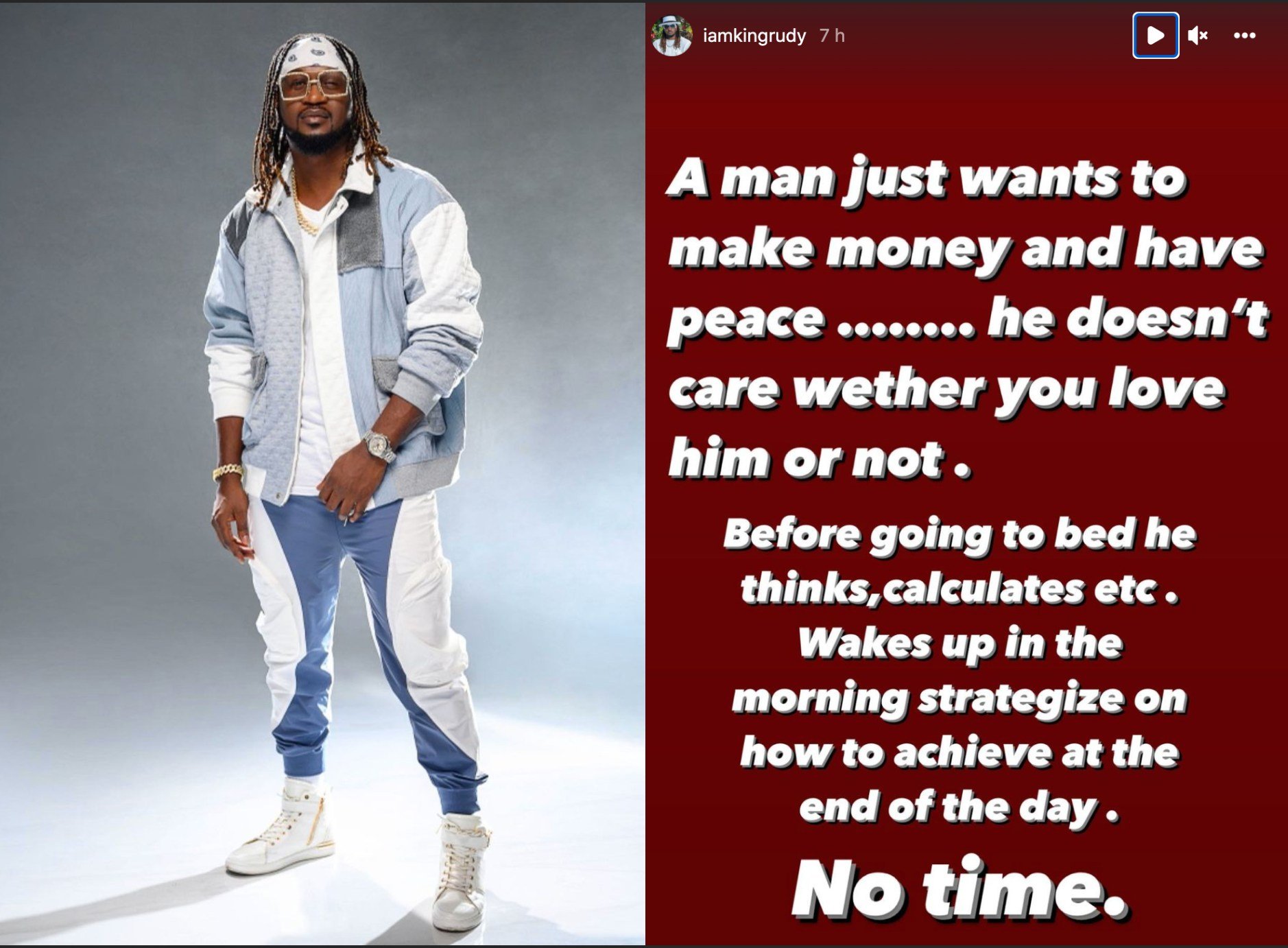 Many Nigerians that took to social media to react to the post agreed with the musician.

Atuegbu Ugochukwu wrote, “I care about love but I suck it up if it isn’t replicated….but we gotta hustle to give our family and kids the best life can offer.”

Victor White wrote, “Money is nothing when the people have no peace.”

Lili Mbadiwe wrote, “People misleading people association, who told you love is not important? If yours has gone sour, don’t deceive others. Love is important.”

Joseph Oritsetimeyin Ukonu wrote, “Sometimes, I don’t know what’s wrong with all these celebrities. The fact that I want to make money, does (not) mean i shouldn’t care if a woman loves me or not.”