The hard drugs were allegedly supplied to them by Nigerians living in the country.

The video showed two South African girls on the street, one who looked really unstable as she was seen visibly shaking, which indicated her addiction to the hard substance, was injected by her friend who although unstable, was calm enough to handle a syringe.

The two friends who spoke to a white woman in the video, alleged that their suppliers were Nigerians. Also, the South African girl also alleged that the Nigerian Drug Lords always beat them whenever they don’t have money to pay for the substance.

Twitter-famous South African, Lebohang Keswa has posted the video on his Twiiter page, tweeting that Nigerian Drug Lords must leave the country, seeing that their presence is putting the lives of young South Africans in jeopardy.  Lebohang Keswa also tagged some relevant SA government agencies on his tweet

While some South Africans replied the tweet blaming SA President Ramaphosa for apologising to Nigerians, others blamed the corrupt Police force for not arresting the drug peddlers.

Read the replies below; 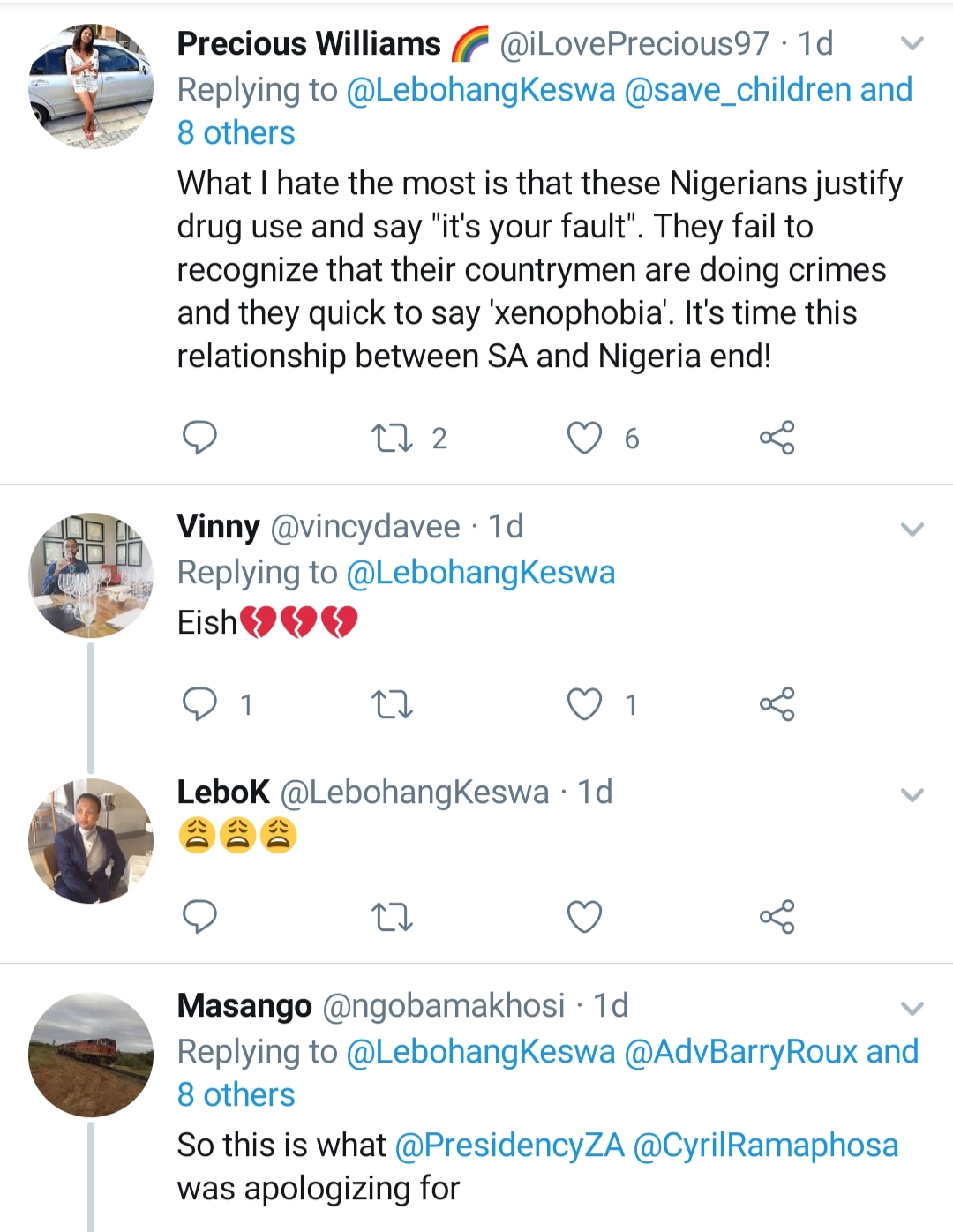 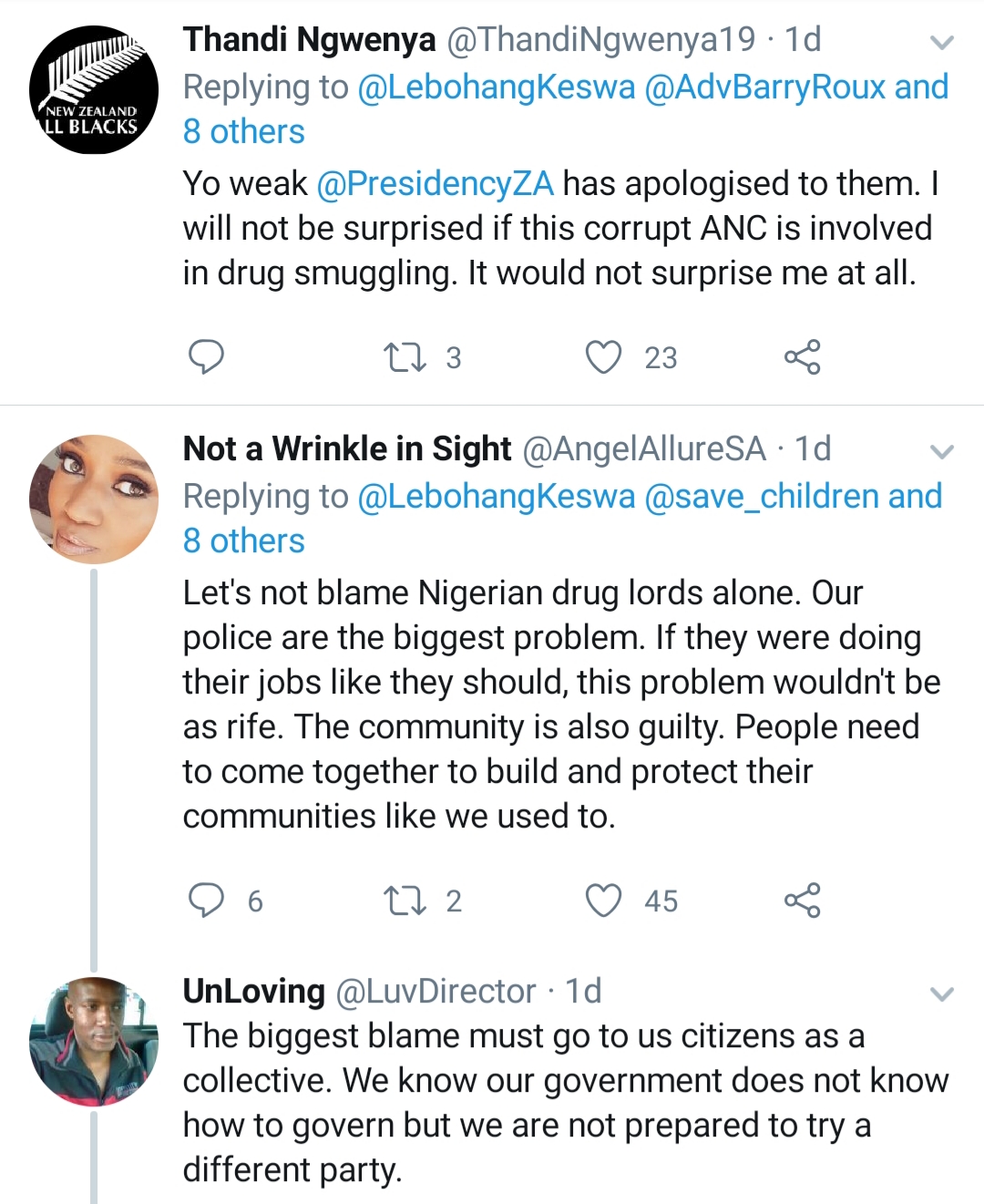 Liverpool: Henderson’s error makes it seven wins for the Reds