Barring the fact that Nigeria has a myriad of problems confronting it right now including police brutality, extra-judicial killings, rape and murder, a group of Nigerians decided to protest the death of an African-American, George Floyd at the hands of the US police in Victoria Island, Lagos. 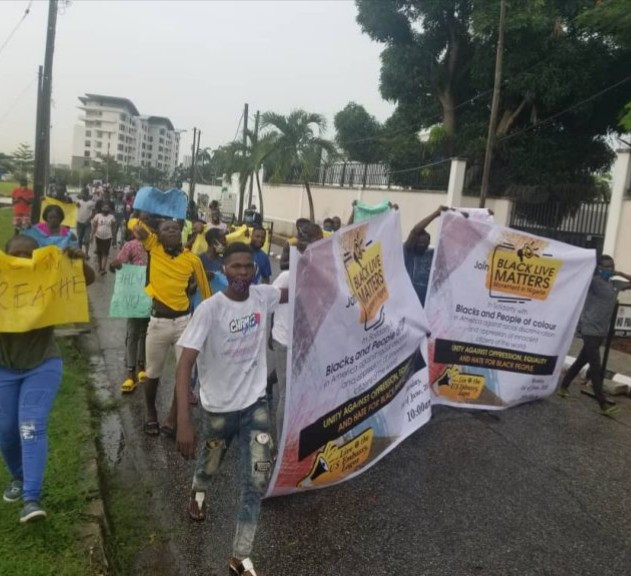 Organised by the Black Lives Matter Movement in Nigeria (BLMMN), the ‘protesters’ came out in the rain to protest police brutality and racial injustice in the United States.See

The Nigerians marched with inscriptions like ‘Black Lives Matter’ and ‘Justice for George Floyd’. 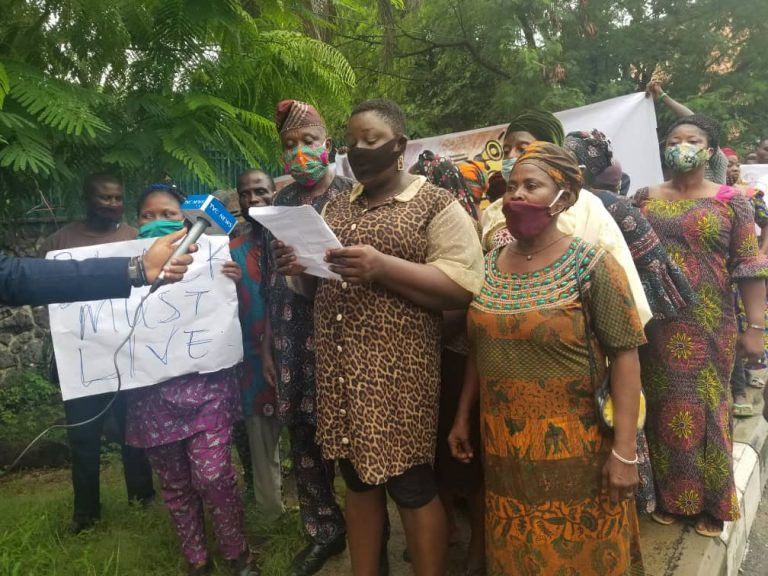 Speaking on behalf of the group, the convener, Josephine Okpara said the US must put an end to white supremacy and build local power to intervene in violence inflicted on African American communities by security forces.

Nigerians on social media roundly condemned the protest because most people were concerned with calling for justice in the case of Tina, a 16yr old shot to death by the police in Lagos and 23yr old Uwaila Omozuwa raped and murdered in a church in Benin City.

A protest was held in Benin City on Sunday by rights groups and University of Benin students urging the police to bring the killers of both young women to Justice.