Nigerians are reacting to the alleged seizure of the house of popular media personality, Toke Makinwa by Asset Management Company of Nigeria (AMCON).

According to reports from Twitter, AMCON allegedly confiscated the Banana Island property over the inability of the owner to repay a debt.

Online users alleged that the owner of the property who gifted Toke Makinwa the mansion, failed to repay a loan which reportedly led to its seizure.

Nigerians have rushed to the streets of Twitter to unleash their savagery on the media personality.

Which of your daddies bought house for Toke Makinwa on credit and now AMCON has repossessed the house?

Apparently, one of your daddies unable to pay up his debts to AMCON which rose to a total of over N240 billion now listed the house he gave Toke as a gift as part of his company assets which AMCON has now repoed. Men are scum

So it’s Festus Fadeyi! Interesting. I remember his children called out Toke Makinwa few years ago to leave their father alone. That the man was spending a lot of money on her while being heavily indebted to Skye Bank. Kai. Men are Scum.

A reckless man he was …
Going about with over 10 cars convoy with over 40 policemen ..
Obstructing traffic on ligali Ayorinde for 45mins everyday coming and closing from work 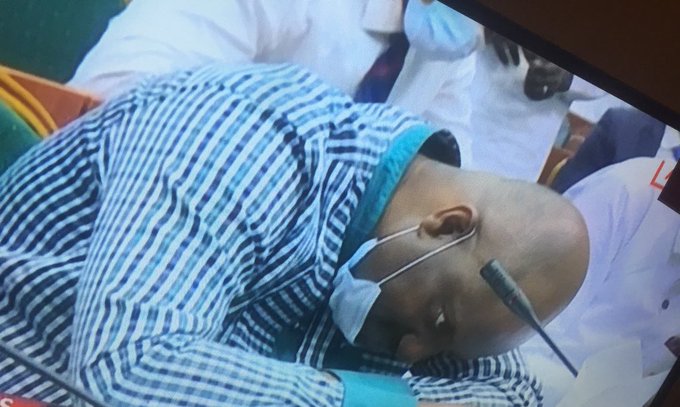 Toke Makinwa, the next time she meets Festus Fadeyi

Lord Jesus be a roof over her head

AMCON took over Toke Makinwa‘s ‘house’? Baby girl should have put her name on the property yo😭

First hand experience with his lifestyle..
My office was located on 6th and 7th floor of pan ocean oil corporation..
Whenever this guy is coming to office all cars and movement will be stopped on Ligali Ayorinde till he enter office .No one will be given access to the elevators