Former Governor Tunde Fashola is a favourite for many Nigerians to emerge the Minister of Works, however like most civil servants in Nigeria, he is subject to the growing scrutiny Nigerians are beaming on public servants.

One of the foremost issues on the minds of many Nigerians was how he would respond to the allegations of sleaze concerning the award of a N78 million personal website during his tenure.

The Herald monitored comments on an article on the front page of Nairaland as concerns this very issue.

The former governor, who indirectly addressed the issue after the question, ”Did you really open a Website with 78Million Naira?” was raised by Senator Enyinnaya Abaribe at the senate while he, Fashola was undergoing screening as a ministerial nominee at the senate chambers said he doesn’t sign checks or award contracts.

He added, “I don’t fix contract prices, it is an institutional process. The only training I have is that of a lawyer, But in order to execute works on a project we need the input of architect, quantity surveyors, structural engineer and we have consulting ministries; For civil works it is the Ministry of Works, for science it is the Ministry of Science and Technology among others.

His response generated so much interests from Nigerians who expressed their feelings on the social media.

Wait o, so Fashola's response for spending N78m on an ugly website is excavating refuge from a road in Ajegunle. Baba Fash e kare🙌🙌🙌🙌😂😂😂

“@Titilayodeji13: Fashola will give you facts and figures you will never find in wikipedia 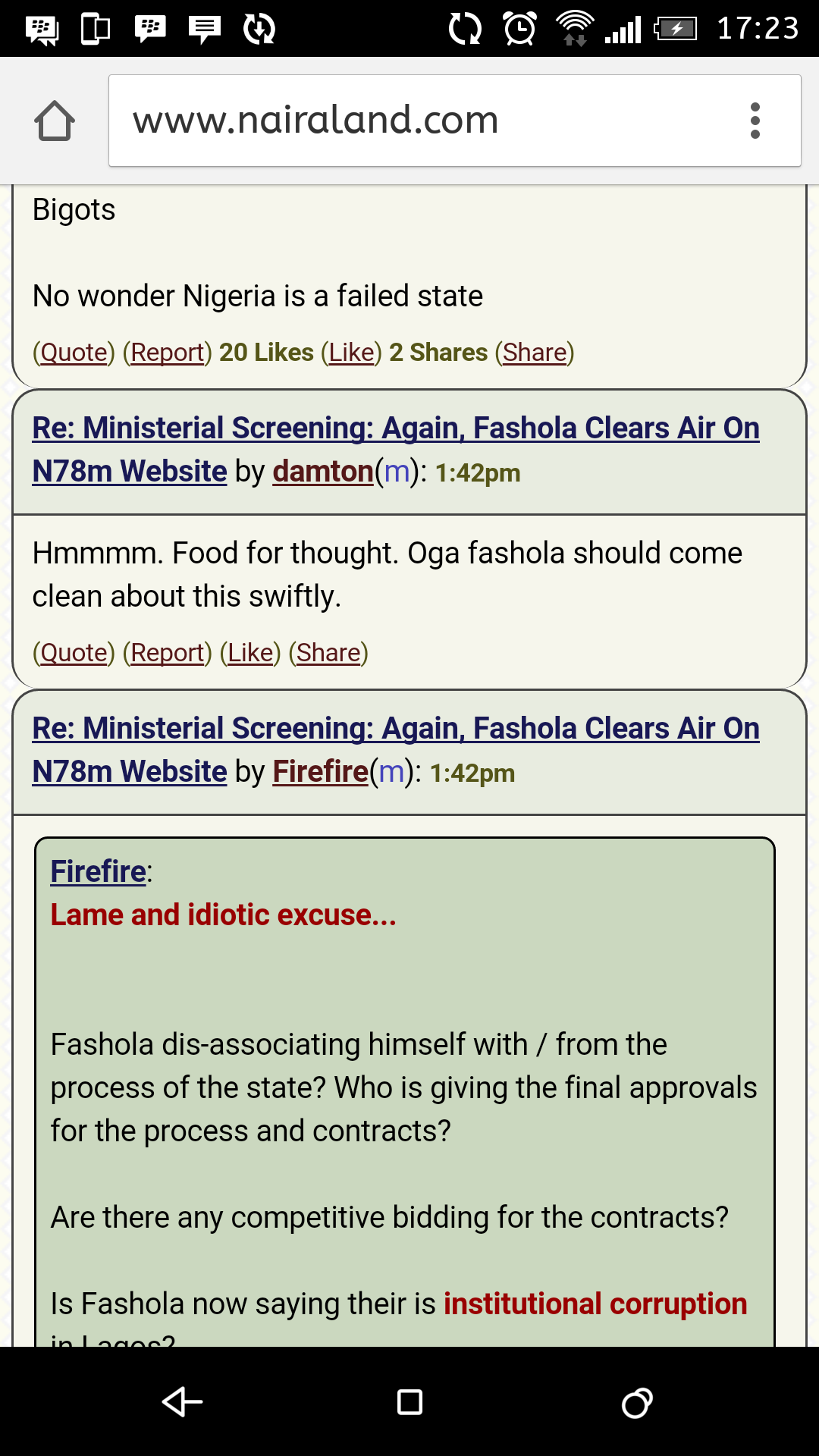 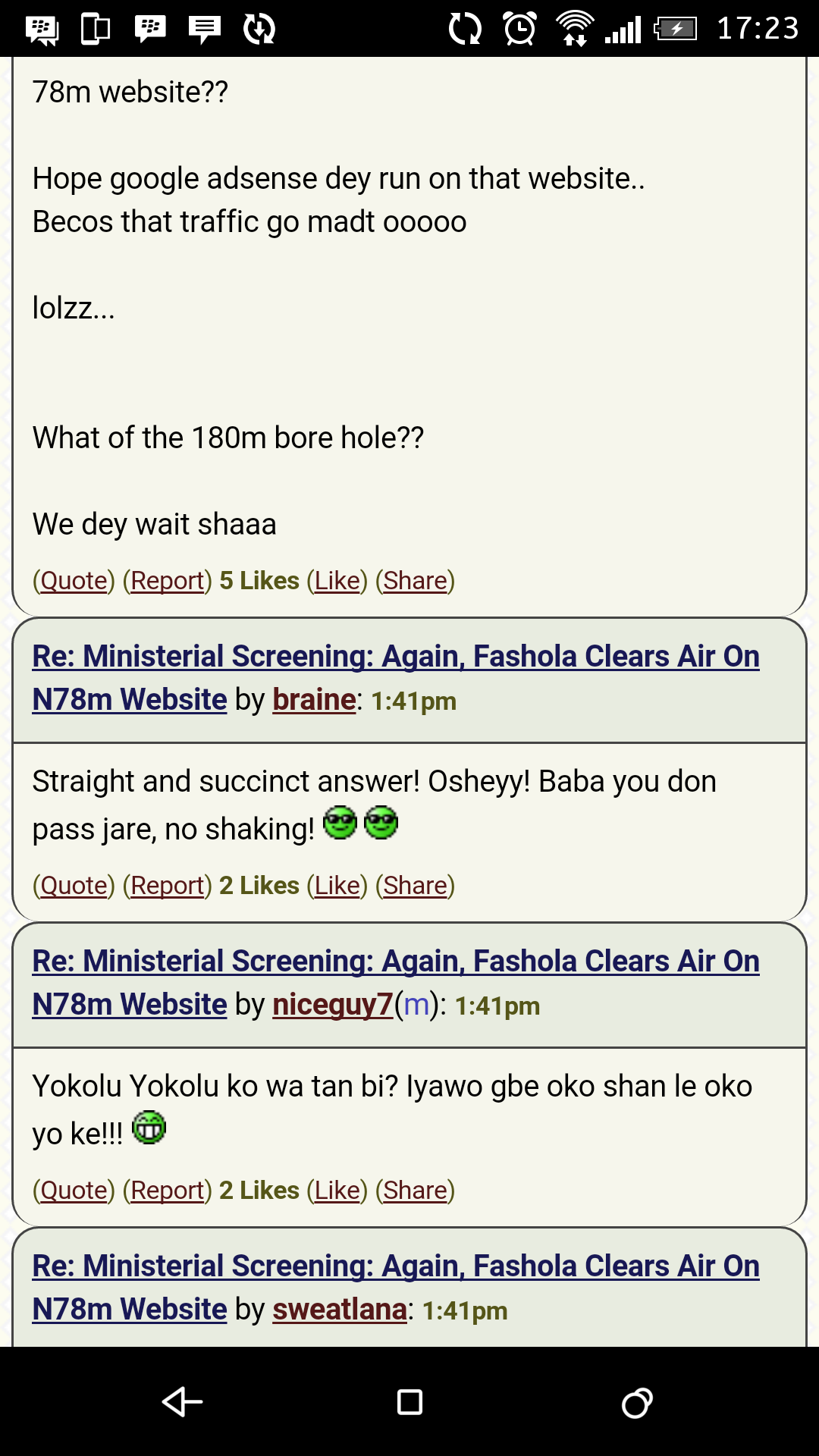 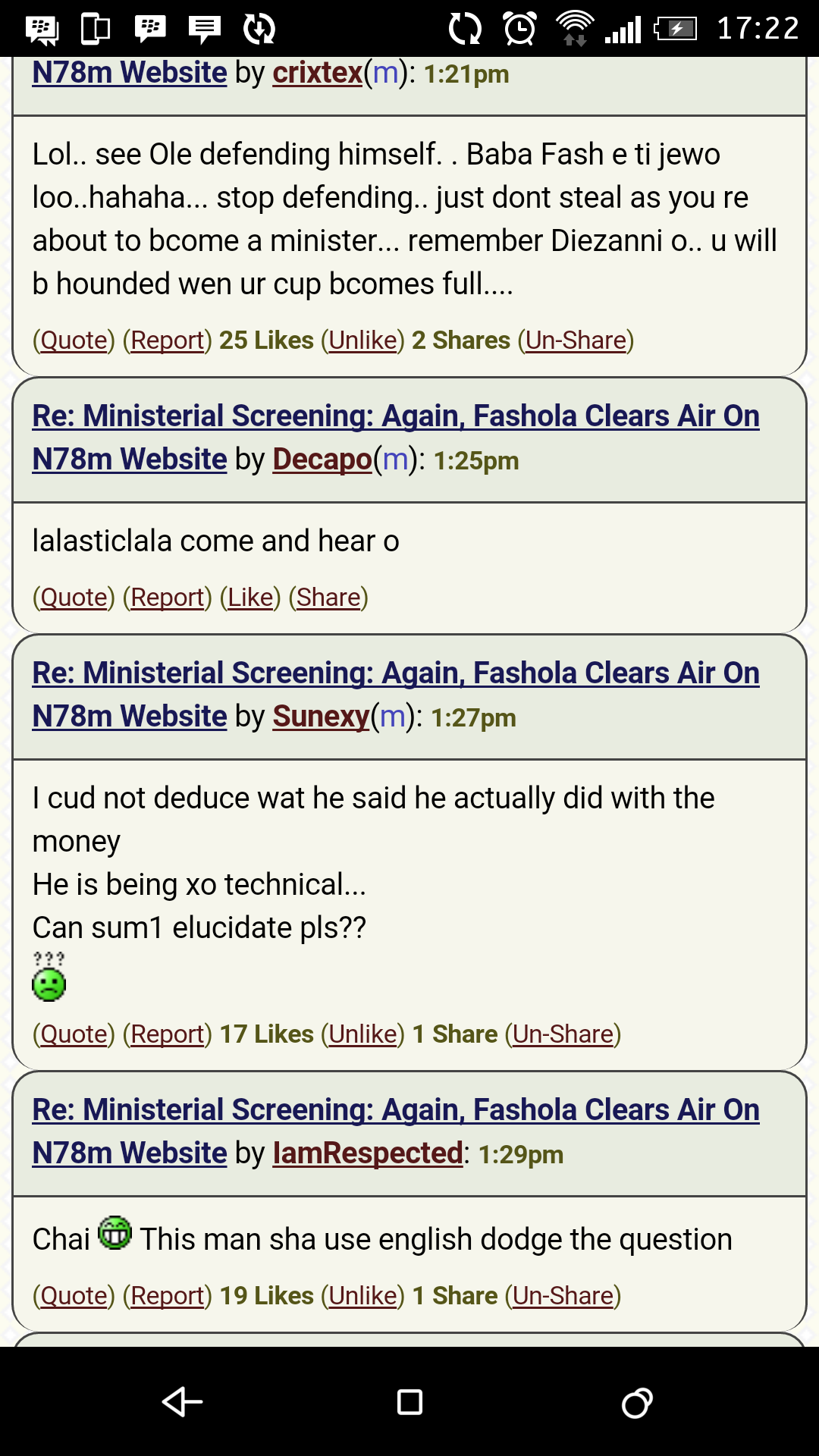 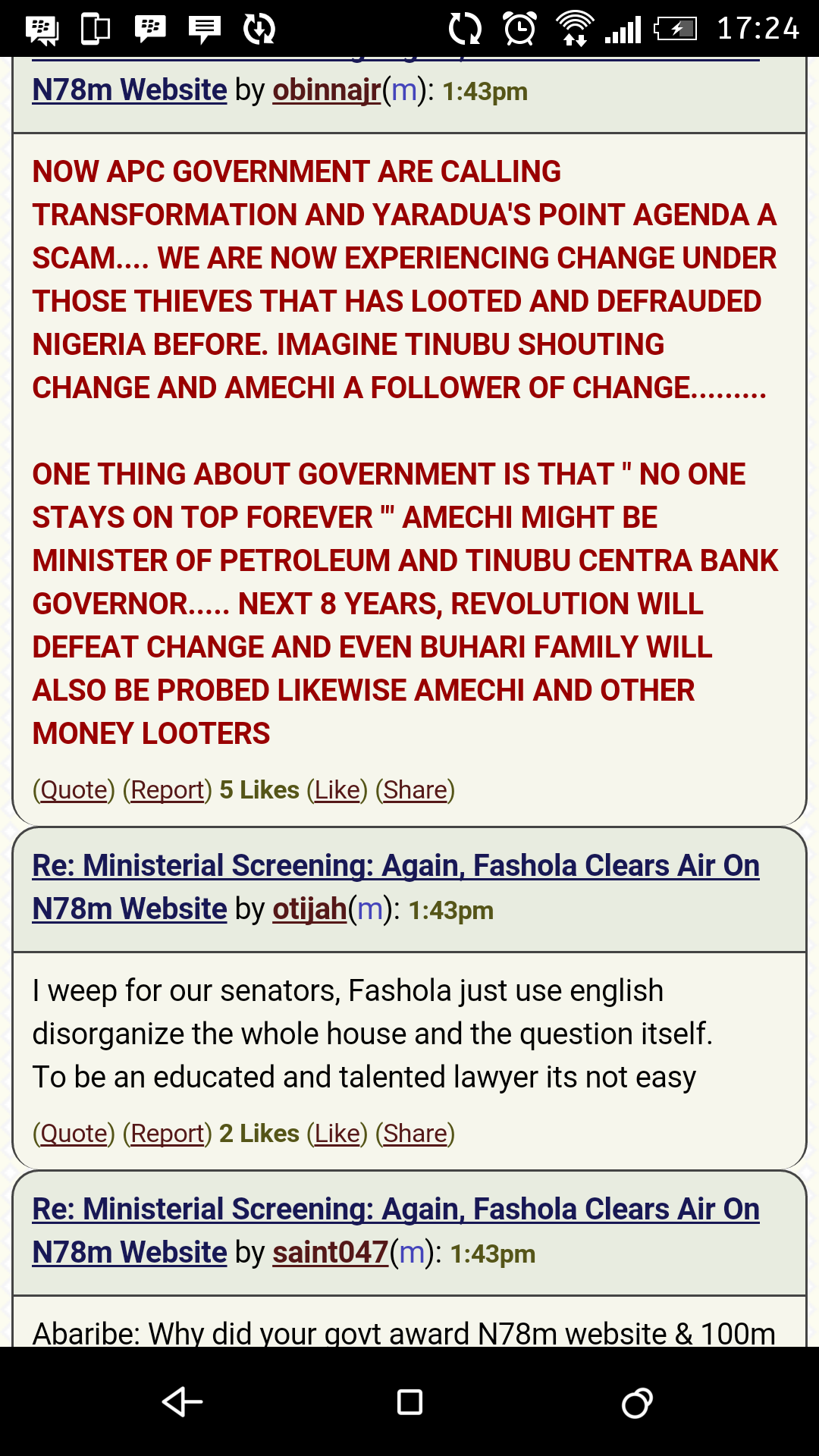 Bleaching Cream: Stella Dimoko Korkus Says Thanks! But, No Thanks! To Dabota Lawson

Despite Recession, Lai Mohammed claims “Nigeria’s economy is well under…

UK Sanctions: We are not panicking – Lai Mohammed retorts