Nigeria’s current minister of Agriculture, Audu Ogbeh, has revealed some appalling details about how some Nigerians still import Pizza from the UK.

He made this known when he was addressing the Senate Committee on Agriculture on Wednesday.

In his report, Audu lamented that Nigerians continue to import anything one could think of from other countries, adding that one of the most ridiculous ones is Pizza.

The Minister stated that these set of Nigerians would order for the Pizza in the morning and have it delivered to the country through British Airways. 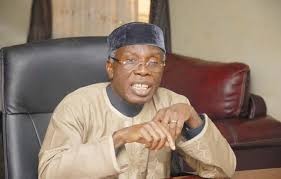 Audu said, “Do you know, sir, that there are Nigerians who use their cellphones to import pizza from London; they buy in London and bring it on British Airways in the morning to pick up at the airport. It is a very annoying situation and we have to move a lot faster in cutting down some of these things.”

Commenting on other irrelevant commodities being imported and the implications on the economy, the Minister explained, “Nigeria is a nation of importers. Toothpick every year costs us 18 million dollars; tomato paste costs us 400 million dollars. Meanwhile, a basket of tomatoes is less than N2,000. The farmers are losing money because the processors do not have enough funds to set up factories. Two factories have started off. I am sure by the end of next year we can comfortably tell the importers of tomato paste to stop.”