Nina Ivy allegedly broke, sleeps with another woman’s Boyfriend for $200

Nina Ivy,  former Big Brother Naija Season 3 housemate has been slammed by an instagram user for allegedly sleeping with her boyfriend to collect $200 from him.

Nina Ivy, who recently shared new photos and videos on her social media page that turned heads, as it showed the reality star locking lips with her supposed love interest.

Fans where happy as Nina had found love. In the picture, they were both kissing, and also in a video clip, Nina was seen holding the supposed boyfriend. 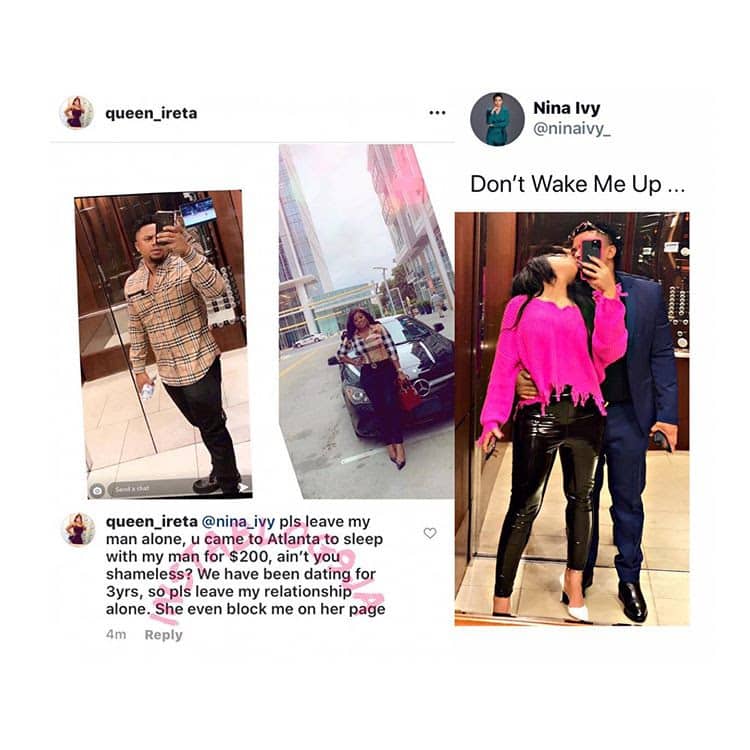 But all smiles were turned upside down. when a lady took to social media to attack Nina, over sleeping with her man. According to the woman, they had been dating for three years. 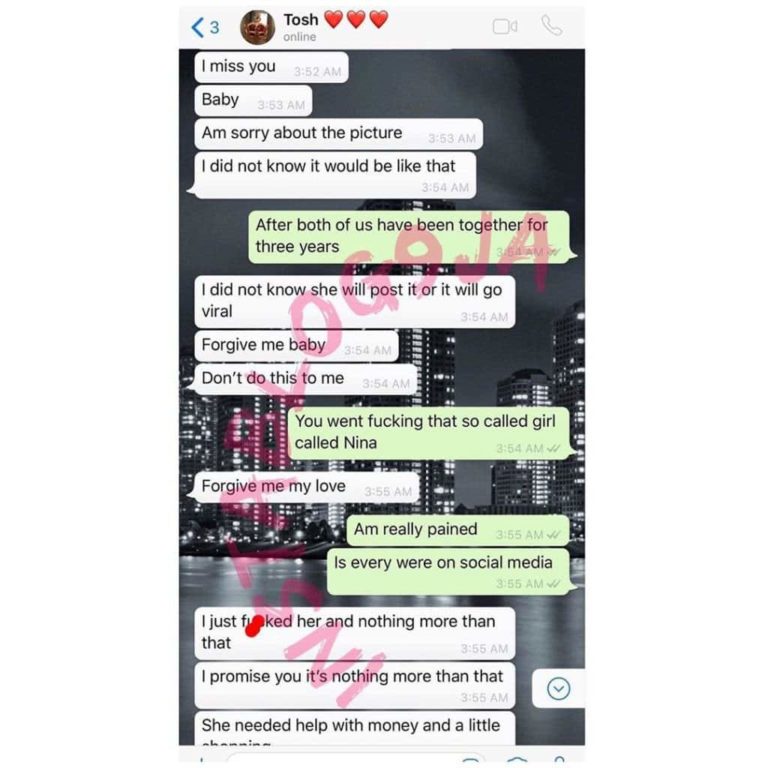 The Mamman Daura I Know