Nollywood actor Jim Iyke, has been found guilty of fraud in an ongoing case between him and a Nigerian socialite Hajiya Habiba, who accused the actor of defrauding her N15million. 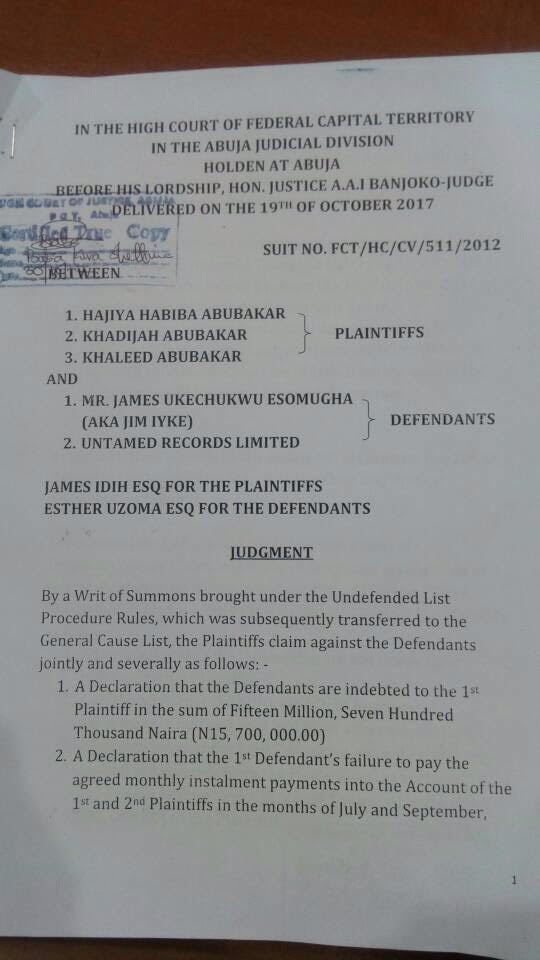 According to the lady, she runs a charity organization called Elderly and the poor, a self-sponsored charity organization. Jim Iyke needed help for his aged mother who is crippled by leg problems and high blood pressure and now bed-ridden to which she obliged and flew her to the UK and India for treatment.

It was reported that trouble started after Jim told the lady to come and invest some money in his company by buying 15 percent equity. The lady, believing the business to be genuine considering the status of the star actor in the society after series of documentation deposited the money into his Oceanic Bank account number 00500173691.

However, when Habiba expected returns from the investment and with nothing coming from her millions, decided to ask Jim, who assured her that all will be well and that she should exercise patience as things had not really taken shape.

This Habiba swallowed hook, line and sinker. But still with nothing coming, she went back but this time around, instead of Jim to explain to her, he allegedly started punching her and went as far as telling her that he would kill her if she dared come back to ask for her money.

This, we learnt, infuriated Habiba and she petitioned the Inspector-General who instructed that Jim Iyke should be investigated.

The actor was arrested and quizzed over the allegation, which he owned up to, hence he was charged to court to answer the case of fraud, which he has been found guilty.