‘I am Not PHCN’- Honorable Desmond Elliot hits back at Critics

Honorable Desmond Elliot is the representative of Surulere I constituency at the Lagos state House of Assembly.

While campaigning, he promised  he would improve the power  situation in the area which had been pretty dismal.

Well a year on and a resident of the area feels he hasn’t lived to his promise. She took to twitter to express disappointment at his inability to effect change.

He in turn responded saying that he said he’d try and that she should exercise a little patience.

He went on to tackle his other critics and explain just how he’d been working to make things better for his constituents.

You can read his tweets below. 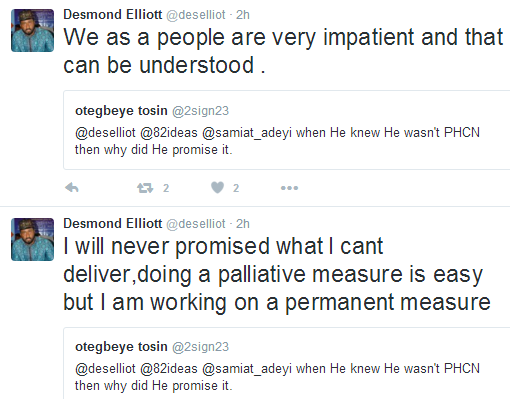 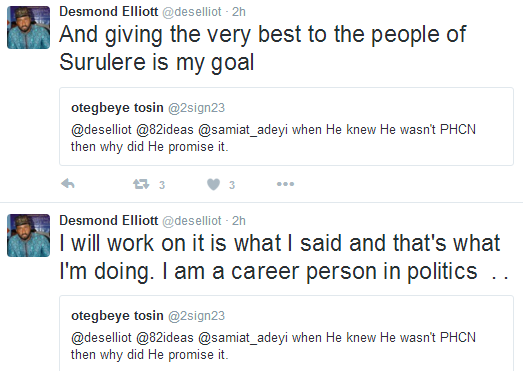 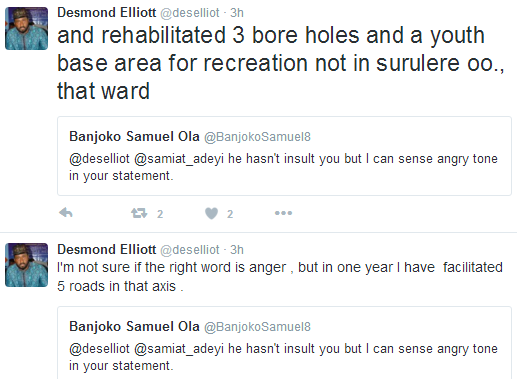 ‘I Fought Robbers Because They Beat My Wife’ – Victim Narrates Tale