Oprah Winfrey Is Being Sued For Stealing Talk Show Idea

Oprah Winfrey is being faced with a lawsuit over “Iyanla: Fix My Life”- a reality Television series hosted by life coach and relationship expert, Iyanla Vanzant on the Oprah Winfrey Network.

A Mississippi woman is claiming that the OWN show featuring the life coach is a “carbon copy” of her own work, a proposed show called “The Agency” and is seeking unspecified damages. 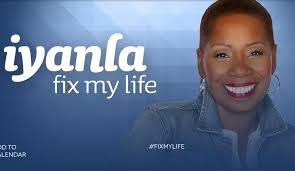 According to The Wrap, Otisa C.Strickland is claiming that Winfrey had access to her ideas because in 2011 she claimed copyright infringement on another OWN show, “In the Bedroom with Dr. Laura Berman.”

But in a letter attached to the lawsuit filed this week, OWN said that Strickland’s proposed show, “Conflict Solutions,” featured a completely different concept based on a judge resolving disputes, rather than a sex therapist helping couples.

“Iyanla”, which premiered in 2012, returned in September for its sixth season, drawing 670,000 total viewers according to Nielsen, slipping 7 percent compared to the Season 5 premiere.

The lawsuit was filed on Tuesday in the U.S. District Court for the Southern District of Mississippi and Strickland is said to be representing herself in the case.

Check Out These Lovely Photos Of Rihanna And Her Dad

Nollywood Actress In Prison For Stealing