.....Daddy Freeze’s Response was a most Respectful Submission

Daddy Freeze; on-air personality and radio presenter suffered a dreadful attack at the hands of a
clergyman upper Sunday which cannot reasonably be swept under the carpet; under any guise. Daddy
Freeze ( Ifedayo Lucien Olarinde) is also a social commentator whose views are sometimes
controversial, but whose opinions are always expressed in a clear, concise manner. I myself disagree
with some of the things he says; just as he does not claim to always be right. Even another Pastor, Ben
Akabueze has said- “ Occasionally I intervene to point out his error”.

Daddy Freeze’s traducer, David Ibiyeomie is the founder and General Overseer of Salvation Ministries; a Port Harcourt- based church with branches across several states in Nigeria.

Daddy Freeze, a budding Scripture Teacher who also has a passion for relationships had made an online post saying that- submission between a man and his wife should be mutual. Freeze backed his position with a few verses of scripture.

Before this, the founder and Presiding Bishop of Living Faith Church, Dr. David Oyedepo had also made a post on social media on the topic of submission in marriage. For the record, here are their 2 posts:

The only way to a fruitful marriage is total submission on the part of the wife. Until it is in place, every
other thing she tries to do will be out of place. Eph 5:22 -Bishop Oyedepo.

Daddy Freeze expanded on that and posted: Dear Bishop Oyedepo, the submission goes both ways. It is not reserved for women alone, rather both the husband and wife MUST submit to one another. Eph 5:21 – Submit to one another out of reverence for Christ.

Freeze further said that the men are instructed first to love their wives as Christ loved the church and
gave his life for her.

Further, they are to love their wives as they love themselves. He gave scriptural references for his
position. Eph5:25,33.

A protégé of Bishop Oyedepo, Pastor Ibiyeomie disagreed with Daddy Freeze- but did not state why. In
a televised sermon, he threatened Daddy Freeze if he “ ever insulted Bishop Oyedepo again”. In the
Pastor’s words- I will kill you. I will crush you to pieces”.

Not done; right there on the pulpit, the pastor announced, “ I curse the day you were born”. Repeatedly
in his ‘sermon’, the Pastor called Daddy Freeze a Bastard.

Although some have tried to minimize the gravity of his words and actions, still, there are certain things
Pastor Ibiyeomie needs to know-

A topic posted by ANYONE on social media is open to general discourse; otherwise, it should be reserved for private group meetings. This one I am sharing, for instance, is open to all comments and responses.

Calling Freeze a bastard, just for expressing his views on submission in marriage is insulting not only to Freeze, but it is deeply insulting to his mother. Incidentally, I HAVE MET FREEZE’S PARENTS. Both are erudite scholars and theirs is a family of distinguished academics. Freeze’s mother whom the Pastor publicly insults is a Professor of Law. Prof Smeralda Elisabeta Olarinde is currently the Acting VICE-CHANCELLOR of Afe Babalola University, a notable private university in Nigeria. She is a former Sub- Dean, Faculty of Law, University of Ibadan. She is from Romania while her husband, Freeze’s father is from Osun State. Daddy Freeze that I know is from a good home and of good manners; he WOULD NOT INSULT BISHOP OYEDEPO. 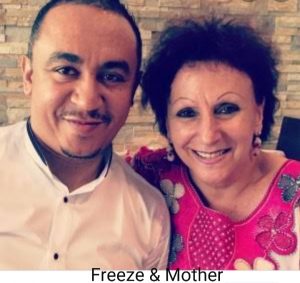 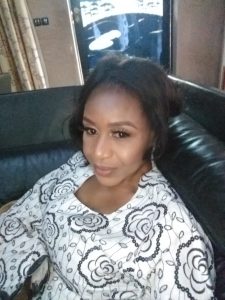 Freeze himself attended the prestigious International School, Ibadan, ISI. He is a graduate of Nigeria’s
premier university, UI. He has about 20 years of experience in broadcasting and has garnered several
national and international awards. He has won the Radio Personality of the Year award and the
Nickelodeon Award for Favourite Nigerian OAP.

Now, if not for broadcasting, how would Pastor Ibiyeomie have gotten to know about the outbreak of
Covid-19? It is certain that the Governor of Wuhan, Hubei Province, China never phoned the Pastor, or
he also would have promptly announced it. How did he get to know there was a lockdown? Or know
there was a general need to wear facemasks?

Then, in an inexplicable twist, the Pastor announced that he would soon have Daddy Freeze arrested!
Considering that the Pastor was the one who issued the death threats, then one cannot help but wonder WHO should actually have WHO arrested.

It is only proper that Freeze has alerted Nigerians to the terrible threats. The security agencies need also to be notified.

Christians in parts Nigeria are being persecuted unto death today; with their houses, churches and
villages burnt. Worshippers and preachers alike are being killed in cold blood. The Pastor referred to,
might want to curse the killers of Christians, rather than to rain curses upon Daddy Freeze!

Note this fact that Pastor Ibiyeomie’s “sermon&quot; on Daddy Freeze contained not one single passage of Scripture. As a MAN OF GOD, surprisingly there was NO WORD OF GOD coming from his direction!

With all respect, to my mind, a full retraction would be absolutely in order.

Mikky Attah is a Newscaster.

COVID-19: 26 Vaccines Under Development in Russia