Photographer berates EFCC for maltreating him without proper findings

As EFCC operatives continue to clamp down of internet fraudsters in the country, a young man has called the commission out after arresting, assaulting and detaining him without adequate questioning.

According to the victim, he was a photographer and had gone for a shoot in the building where the Operatives raided in Abuja recently.

However, he was not allowed to explain himself until three days after he had been assaulted and jailed in one of their cells.

The young man further wrote how shocked he was to have found that he was all over the internet. Before he was bailed out, EFCC had already shared an image of him alongside other suspects that were arrested in the building. 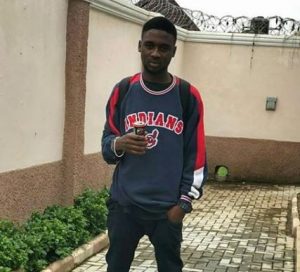 Read what he wrote below.

As a means to get myself useful even in a country that neither has jobs to offer it’s youth nor supports the few that follow their dream to build brand and provide services, I @Kozzographa was doing a video and picture profile for @CzaBoi and @i_am_black_montana scheduled for 3 days in Abuja from 15/05/2019-17/05/2019. on the 3rd day Friday 17/05/2019 at about 6am, Officers and staff of the @officialefcc invaded the house/Studio where we were working following a tip off by an anonymous and arrested the ten of us including @Beat_boi the music producer recording Czaboi’s new mixtape Album.

Saying I wasn’t nvolved in any fraudulent activity even caused me more drills as I was slapped mercilessly with pepper spray in my eyes. We were taken to the EFCC office in Wuse 2, served jobs and immediately after rolling on the ground our pictures were taken even before stating anything.

We were taken to the AFF department were we gave our statements with all Social media and bank account details and later put in the EFCC cell from Friday 17/05/2019- Monday 20/05/2019. I and @beat_boi were released on bail on Monday after scrutinization of our accounts to find no history of fraud.

On coming out, I found my names and pictures were on @officialefcc instagram page alongside so many other blogs as “suspected Yahoo boys”. I met @Czaboi as an artiste who has proper management thus I had no reason to doubt his business.

This is a disclaimer and to clear the air and my reputation that I have never shown interest nor gotten involved in any fraudulent activity, all I do is Photography and Music, Now I will say I was arrested for chasing my dreams. God bless Nigeria!

Election tribunal refuses to strike out petition against Ekweremadu’s election